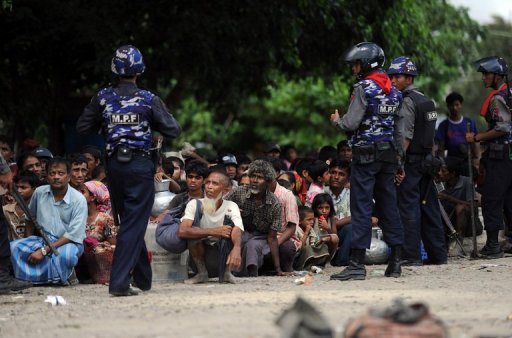 Ethnic violence has been occurring in Myanmar between Muslim Rohingya and the junta-backed Rakhine community. According to UN report (July 2012), at least 650 ethnic Rohingya people have been killed, with 1,200 missing, and more than 80,000 people displaced. The exact number could be higher.

It is reported that the army and the police have played a leading role in the conflict, through mass arrests and arbitrary violence.

Until now, the government of Indonesia, the world’s largest predominantly Muslim country, has not appeared to be actively engaged in resolving the problem. Within the country, voices from civil society have continued to call out to the government to play a greater role through ASEAN in addressing the humanitarian crisis in Myanmar. Furthermore, calls

for Indonesia’s initiative to end the Rohingya massacre have been voiced by lawmakers both from the Islamic and nationalist party.

Despite the domestic pressures, the Indonesian government looks reluctant to act further than expressing concern and urging a national consolidation in Myanmar. The government’s reluctance to engage in this regard is a consequence of the non-intervention principle which is the core principle of ASEAN norms, as stipulated in the ASEAN Charter.

It is stated that ASEAN and its Member States shall act in accordance with, among others, a principle of non-interference in the internal affairs of other ASEAN member states.

Instead of just sitting idly by and watching herself get trapped in the dilemma, Indonesia actually has a chance to respond to the domestic pressure, while at the same time advance the ASEAN role in protecting human rights in Southeast Asia. Despite the non-interference principle which must be respected by the ASEAN member states, the ASEAN Charter also urges the member states to adhere to the principles of protecting of human rights.

Yet, each time the two principles collide, it is more likely that ASEAN will follow the non-interference principle rather than the human rights principle. Hence, the Rohingya massacre can be as an opportunity for Indonesia to voice the responsibility of the protection principle within ASEAN.

Despite the adoption of the RtoP principle by ASEAN member states, there has been no significant breakthrough to discuss the principle within the ASEAN mechanism. Hence, Indonesian diplomacy could be aimed at advancing the discussion on enaction of the RtoP.

Strong leadership is the main requirement to make ASEAN an organization that adheres to human rights principles, and Indonesia could take the lead here.

However, this hesitation should not ocurring. The RtoP principle in fact could strengthen the ASEAN community in the global community of nations.

Indeed, Indonesia’s leadership in this matter would create a consequence for Indonesia, namely one where it would have to pay more attention to the human rights issues on the domesitc front. However, it would not be an obstruction for Indonesia, as long as our aspiration for ASEAN to prevent similar atrocities in the future is greater than our fear of inability with respect to human rights issues domestically.

The writer is a lecturer at Department of International Relations, Binus University.

The article can be seen in the Jakarta Post http://www.thejakartapost.com/news/2012/08/03/asean-responsibility-protect.html