ASEAN and the development gap in border areas 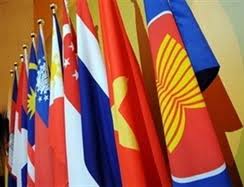 ASEAN Economic Community (AEC) will be realized by the end of 2015. This plan will bring Southeast Asian countries into one single block economic community.

However, there are so many concerns pertaining to the implementation of AEC especially in narrowing the development gap among member countries.

Not only is the gap higher between the CMLV (Cambodia, Myanmar, Laos and Vietnam) countries but also among ASEAN-6 countries.

This led ASEAN leaders to endorse the ASEAN Framework for Equitable Economic Development at the 19th ASEAN Summit in Bali, Indonesia, in November 2011. This document can be seen as the first step to inclusive and equitable development in the region.

For Indonesia, one of the challenges in realizing this framework is narrowing the development gap in the border areas that are directly adjacent to neighboring countries.

The province of West Kalimantan should be a concern given the province has a high level of connectivity to Sarawak, Malaysia, which is far more developed.

Despite sharing a border with Sarawak, West Kalimantan Province’s gross domestic product (GDP) is approximately US$1,000 a year lags far behind Sarawak with an approximate GDP of around $11,000
a year.

The development gap between Sarawak and West Kalimantan can be regarded as evidence of the inability of an ASEAN mechanism to be enjoyed by the broader community.

Furthermore, this development gap has been contextualized as a sovereignty issue both by public
officials and society.

Not surprisingly, the issue of the development gap between regions often causes tension between the countries and the development of border areas in Sarawak has been seen as a threat to Indonesia’s West Kalimantan.

Indeed, closer cooperation between West Kalimantan and Sarawak can actually stimulate economic growth in West Kalimantan so that the development gap between the two regions can be minimized.

For instance, the province can benefit from the Malaysian government’s initiation of a development corridor in Sarawak — Sarawak Corridor Renewable Energy (SCORE) — especially in terms of connectivity supply lines to inland and border areas that are still relatively isolated from local logistic lane connectivity within West Kalimantan.

Through the rapid development of infrastructure, energy and sea ports in Sarawak, the border areas in West Kalimantan are now connected with global logistic lines through Sarawak.

Moreover, through Sarawak, West Kalimantan can benefit from the influx of investment, especially in plantation and mining, resulting in local employment in the border areas.

However, in the long term, the model might create a deeper gap between West Kalimantan and Sarawak.

This would not be a problem if Indonesia managed the conditions with a clear vision and a long-term result orientation.

However, without any proper infrastructure development in the near future, it would be unlikely that West Kalimantan would catch up to Sarawak’s economic development since it will lose its competitiveness to compete in the AEC open market.

Hence, in order to address the development gap in the border region, the government needs to prioritize infrastructure development there.

Currently, there are efforts in process conducted by the government to address this situation in the
border areas.

For 2013, the budget allocation for infrastructure development in Kalimantan is around Rp 1.28 trillion (US$132 million). Even though the number is modest compared with the budget needed to develop the area, this plan should be appreciated.

Besides infrastructure development, the role of local government in the ASEAN mechanism is also critical. Many doubt the current ASEAN development model is able to narrow the development gap because of its elitist approaches, which lack the most crucial components that have brought success to similar regional organizations — namely general participation in the formation process. The integration process in ASEAN has been viewed as a capital city’s problem rather than a local government issue.

As argued by many scholars (Sánchez; 2011, Hessel; 2006, Hepburn; 2007), there is currently a major trend in the regional integration process in Europe and Latin America where there is an increased activity of local and regional authorities, which can be classified in the process of regional integration as the sub-state level.

Therefore, the trend of regional integration is going to be localized where the sub-state players, such as the local government, have a major role in the integration process.

This model might be an alternative development model for narrowing the development gap in the border areas. In order to realize this model, the central government should give more authority to the local government — especially when managing economic cooperation with its counterpart in Malaysia.

For instance, the development of an inland port in Entikong, which was agreed by both West Kalimantan and Sarawak, is still running far from capacity due to the absence of a legal framework, since the concept of inland port is a new concept needing to be defined. Conversely, at the same time the Sarawak government built its own inland port in Tebedu, which generates benefits through tariffs imposed on Indonesian goods.

The AEC will be realized in two years from now.

Furthermore, developing border areas could create greater regional cooperation within ASEAN to
be a truly a regional economic community.