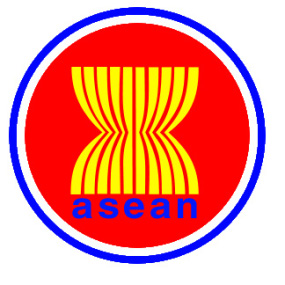 As an economically vibrant region, Southeast Asia has been experiencing economic integration for decades through building a robust yet soft regional cooperation known as ASEAN. Besides enlarging its economic integration through open regionalism such as ASEAN+3, ASEAN countries have also initiated sub–regionalisation integration efforts. Sub–regionalisation means “those processes of growing regional interconnectedness that occur between local governments either in provincial or regency level.”

For ASEAN, sub–regional cooperation is seen as an alternative and powerful mechanism to foster deeper economic integration through cross–border cooperation conducted by sub–national actors.

The first field research was conducted on January 2013 in Indonesia’s Kalimantan and Malaysia’s Sarawak. Thirty–two policy makers from both the national and local levels were interviewed.

There are several findings that shed the light on the process of sub–regional cooperation in the border areas of Kalimantan.

The first preliminary finding is that the possibility of a sub–regional mechanism has emerged as a new level of governance within ASEAN, which allows the process of economic integration to benefit people in the border area.

In the case of sub–regional cooperation in border areas in Kalimantan, sub–national governments have an existing mechanism for dialogue between local elites, namely, Malindo Socio–Economic Cooperation. Through this mechanism, local elites at the sub–national level can enjoy a political space in which negotiation and dialogue can take place.

However, there are several constraints as the mechanism has occasionally faltered. Malindo Socio–Economic Cooperation’s organizational structure and decision–making mechanisms are too bureaucratic thus making it inefficient. Moreover, there is no clear mechanism that integrates policy and implementation made by Malindo Socio–Economic cooperation, BIMP–EAGA (Brunei Indonesia Malaysia Philippines East Asia Growth Area), and ASEAN.

The third finding is the tendency for more developed countries to be actively involved in sub–regional cooperation than less developed ones. But literature shows that sub–regional projects are more likely to be promoted by the weaker states to enhance their economic capacity. In our case, it seems that the local elites in Malaysia’s Sarawak, with an approximate GDP of around $11,000, are keen to boost sub–regional integration compared to local elites in Indonesia’s West Kalimantan. This finding is a theoretical puzzle that needs to be addressed.