Realism and Developing Countries: Do They Fit Together? 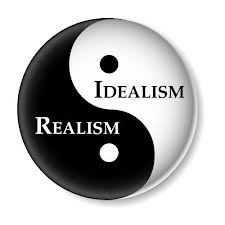 Realism and Developing Countries:  Do They Fit Together?

Secondly, the entire realist thinkers come from developed countries. Stephanie G. Neuman wrote on her book “…mainstream IR theory – (classical) realism, neorealism, neoliberalism – is essentially Eurocentric theory, originating largely in United States and founded, almost exclusively, on what happens or happened in the West”.[1] Then, this condition questions its abilities to understand and to explain the problems that grows or grew on developing countries.

Developing country have limited capability on economy, such as low of economic income, lack of skillful human resources to exploit natural resources, having problem for sharing economic cake fairly. Then, those problems cause unemployment, poverty and, of course, low of human development index (HDI).[4] In the other side, there is developed country. The term is used to describe countries that have a high level of development according to some criteria, such as HDI, income per capita and level of industrialization.

Those economic problems cause developing countries live in guns versus butter dilemma. The dilemma makes the countries find difficult to increase or to accumulate their power significantly, for example military power. As a result, they have to live in the lower level of international system. We can see their position in international system from table 1 that shows most of the fifteen military spenders in the world is developed countries.

Pyramid of Power in International System

Superpower is the dominant power. Superpower, together with his allies that live in great and middle power position, controls the system and managing the international system under rules that benefit them and satisfying their national aspirations. In contrast, small power or developing countries do not play anything on the system. Their very limited power capability limits them to influence the system. Waltz realizes this condition when he said that only states that have great capability can keep the world survives.[6] Hence, Waltz’s thought indicates that realism, especially structural realism, never give attention to developing countries or any state that has small power.  This is the first problem of realism to understand developing countries.

Either state is security maximizer or power maximizer, realism offers balance of power as the solution to secure from the others’ threats. If state does not have enough capability to increase their power by itself for balancing the others, realism proposes alliance as the answer. Because of its limited capability, developing countries cannot increase its power by itself. Then, it needs to ally with others for balancing the others. Mostly, they ally with developed countries that have a bigger power than them.

[7] The other explanation about the danger of balance of power for developing countries or weak states can be read in Michael Handel, Weak States in International System, Op.Cit, p. 176-177.

[8] The other explanation about this hierarchy can be found in Carlos Escude, “An Introduction to Peripheral Realism and Its Implications for the Interstate System: Argentina and the Condor II Missile Project” in Stephanie G. Neuman (ed.), International Relations Theory and the Third World, Op.Cit.