Local Politics and the Limits of Micro-Regionalism in Border Areas 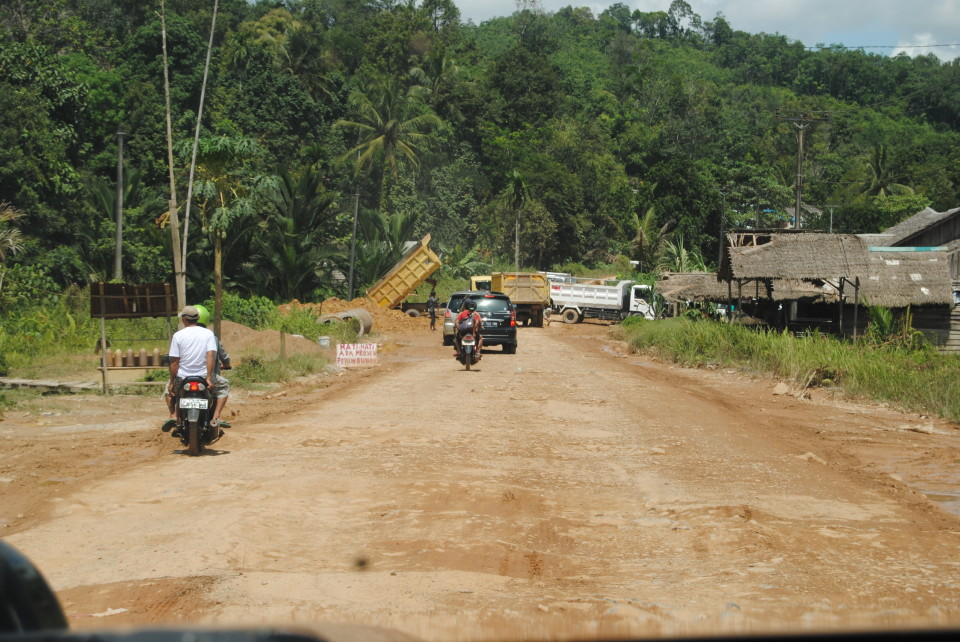 The cross-border cooperation between West Kalimantan in Indonesia and Sarawak in Malaysia shows rich evidence on how the dynamic interaction between the local and central governments has a great effect in determining the future of regional integration in the region. As a region that is far from the center of economic development in their respective countries, the successful cross-border cooperation between West Kalimantan and Sarawak can be seen as a success for ASEAN countries in overcoming development gaps within and across countries. Furthermore, successful cross-border cooperation might be seen as the emergence of the so-called micro-regionalism, which is defined as a cross-border integration within combination of two or more territorial elements that are contagious or linked by the seas ‘below the national level’ and ‘across national borders. Sarawak Infrastructure in the border areas (road after Tebedu)

Despite the existence of cross-border cooperation mechanisms like Sosek Malindo, institutions for sub-regional integration like BIMP EAGA, the decentralization process, the greater business actor involvement, and the increased trade border activities which are arguably the prerequisite for the emerging of micro-regionalism, the emergence of the so-called micro-regionalism remains limited in this border region. This research finds that local politics, political antagonism between the local and central elites, as well as defective decentralization have hindered the emergence of micro-regionalism.

In West Kalimantan, due to sovereignty issues is still appealing within the local politics and the perception of inferiority toward Sarawak economic growth, the local political elites tend to see Sarawak’s massive development as a threat rather than an opportunity thus create a barrier for the local elites to deepen cross-border cooperation. Furthermore, this feeling is intensified with the perception that the central government does not have the political will to develop the border areas in West Kalimantan thus creating political antagonism between local and national governments. In fact, this perception appears due to the decentralization process that does not give the local government a greater authority to conduct cross border cooperation. This makes decision-making mechanisms too bureaucratic compare with Malaysian counterpart to coordinate the development policy to foster cross-border cooperation.