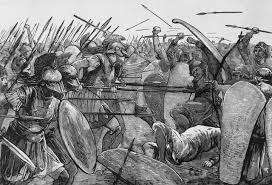 International Relations study is the study of relationships among nations within the academic field of political science. IR theory has been drawing on the work of other social sciences, developing several wide and deep epistemological positions in analyzing international relations. Among the diverse conceptual frameworks, however, the most dominant approach to IR study is arguably the Realist theory. Realism is a positivist approach that states that world politics is driven by competitive self-interest. As Donnelly in Reus-Smit’s and Snidal’s The Oxford Handbook of International Relations (2008, p. 150) wrote, Realism believes that (1) the international system is anarchic, meaning that there is no actor above states capable of regulating their interactions, and that states must arrive at relations with other states on their own, rather than it being dictated to them by some higher controlling entity. This creates a state of constant antagonism in the international system. Realism also believes that (2) states are the most important actors, and that (3) all states within the international system are unitary, rational actors, meaning that states tend to pursue self-interest, and that groups of states strive to attain as many resources as possible. Lastly, Realism proposes that (4) the primary concern of all states is survival. To survive, states build up military, which in turn may lead to a security dilemma among states.

Realism first developed after World War II, yet earlier writings have been cited as historic antecedents of today’s theories. Many scholars refer to Sun Tzu’s The Art of War (6th century BC), Thucydides’ History of the Peloponnesian War (5th century BC), Chanakya’s Arthashastra (4th century BC), Hobbes’ Leviathan, and Machiavelli’s The Prince as the inspiration that gave Realist theory its primary assumptions, with providing further elaboration.

This series of articles aims to discuss the earlier writings that provided the above primary assumptions of Realist theories. This first article presents the thoughts of Thucydides, an ancient Greek historian who wrote the History of the Peloponnesian War and is also cited as an intellectual forbearer of realpolitik.

Thucydides was an Athenian historian who also happened to serve as an Athenian general during the Peloponnesian War. The war itself was fought between the Peloponnesian League (led by Sparta) and the Delian League (led by Athens). When the land of Amphipolis, which was under the Thucydides’ influence in the Thracian region of the Athens, fell under Spartan general Brasidas in 423 BC, Thucydides took the blame of his failure to save the land for he had been unable to reach it in time. Thucydides was then sent into exile, enabling him to travel freely among the Peloponnesian allies and to view the war from the perspective of both sides. During this time, he conducted research on the war, thinking it would be one of the greatest wars waged among the Greeks in terms of scale, then wrote a historical account of the war titled History of the Peloponnesian War. (For convenience, we will refer to the book as History from this point forward.)

Cause of War: Growth of Athens’ Power and Sparta’s Security Dilemma

History consists of eight books. The first book seeks to explain why the Peloponnesian War broke out, while the remainders (books 2 through 8) focus on the war itself. In the first book, Thucydides wrote, “The growth of the power of Athens, and the alarm which this inspired in Lacedaemon, made war inevitable.” Since fifty years before the outbreak of the war, Athens had been developing as a major power in the Mediterranean region. They started out as a small group of city-states called the Delian League, formed as an anti-Persian alliance in the end of the Persian Wars between the Achaemenid Empire of Persia and the Hellenic city-states (499-449 BC). They grew stronger and their influence began to dominate other city-states, proceeding to conquer all of Greece except for Sparta and its allies, and became recognized as the Athenian Empire. Several of Athens’ formerly independent allies were reduced to the status of tribute-paying subject states to the Delian League; the tribute was used to support a powerful fleet and subsequently to fund massive public work programs in Athens. It ensured resentment toward the Athens.

Friction between Athens and the Peloponnesian states, including Sparta, began after the departure of the Persians from Greece in the end of the Persian Wars. Sparta attempted to prevent the reconstruction of the walls of Athens, which protected Athens from land attack by the Sparta, but the attempt was rebuffed. Another friction flared up in 465 BC, when a land of Helot ruled by Sparta revolted, the Spartans summoned forces from all of their allies, including Athens, to help them suppress the revolt. Upon arriving, Athens’ force was dismissed by the Spartans, while all other allies’ were permitted to remain, out of fear that the Athenians would switch sides and support the rebellion. The offended Athenians repudiated their alliance with Sparta, and when the surrendering Helots had been permitted to evacuate the country, the Athenians settled them at the strategic city of Naupactus on the Corinthian Gulf.

In 459 BC, when two Spartan allies of Megara and Corinth were conflicting, Athens concluded alliance with Megara, giving them a critical foothold on the Isthmus of Corinth (a narrow land bridge which connects the Peloponnese peninsula with the rest of the mainland of Greece, near the city of Corinth). It resulted in a fifteen-year conflict of the First Peloponnesian War between the Athens and several states: Sparta, Corinth, Aegina, etc. In the aftermath, the Athens ceded the lands they had won on the Greek mainland, and both Athens and Sparta recognized each other’s right to control their respective alliance systems. The war was officially ended by the Thirty Years’ Peace, signed in the winter of 446/5 BC.

The Peace was tested following the defeat of Corinth to the sea power of Corcyra. Corinth then began to build an allied naval force, which alarmed Corcyra into seeking alliance with Athens. Athens then decided to swear a defensive alliance with Corcyra, and in the Battle of Sybota (433 BC) between Corcyra and Corinth, provided several warships to prevent a Corinthian fleet from capturing Corcyra but not to intervene unless Corinth invaded first. Subsequently, Athens instructed Potidaea, a tributary ally of Athens but a colony of Corinth, to dismiss the Corinthian magistrates from office. The angered Corinthians then encouraged Potidaea to revolt and unofficially sneaked contingents into the city to help defend it. This was a direct violation of the Thirty Years’ Peace, which stipulated that the Delian League and the Peloponnesian League would respect each other’s autonomy and internal affairs. Both sides went to war against each other.

The war that ensued was named the Archidamian War (431-421 BC) after Sparta’s king Archidamus II, in which the land-based power Spartan strategy was to invade the land surrounding Athens, while the naval power Athenian strategy as advised by General Pericles was to avoid open battle and to rely instead on the fleet. In 430 BC, an outbreak of a plague hit Athens and in the long run would become a significant cause of its final defeat. After Pericles’ death, the Athenians turned more aggressive as Cleon, a hawkish leader, rose to prominence. Cleon won a great victory at the Battle of Sphacteria (425 BC) and the Athenians captured between 300 and 400 Spartan hostages, giving the Athenians a bargaining chip. However, Spartan general Brasidas raised an army of allies and Helots and captured the Athenian colony of Amphipolis in Thrace, which controlled several nearby silver mines and whose product supplied much of the Athenian war fund. Both Brasidas and Cleon were killed in Athenian efforts to retake Amphipolis in 422 BC. The Spartans and Athenians agreed to exchange the hostages for the towns captured by Brasidas, and signed a truce named the Peace of Nicias (421 BC).

In 415 BC, Athens began a military expedition to Sicily after hearing that their distant allies in Sicily were under attack from Syracuse. The expedition was hampered from the outset by uncertainty in its purpose and command structure, thus resulting in immense defeat for the Athenians on the hands of Syracuse, Corinth, and Sparta. The Lacedaemonians then took the war to Athens; they fortified Decelea, near Athens, and prevented the Athenians from making use of their land year round, prevented the shipment of supplies overland and by sea to Athens, and disrupted the nearby silver mines freeing 20,000 Athenian slaves. Subsequently the Athenians were forced to demand even more tribute from her subject allies, further increasing tensions and the threat of further rebellion within the Empire. Lacedaemon then encouraged the revolt of Athens’s tributary allies, and indeed much of Ionia rose in revolt against Athens. The Athenians managed survived for the belligerents were lacking in initiative, and because they had put aside some money and 100 ships that were to be used only as a last resort. Between 410 BC and 406 BC, Athens won a continuous string of victories, and eventually recovered large portions of its empire.

The end of the Peloponnesian War was decided when a Spartan General Lysander received a minor victory in the Battle of Notium in 406 BC. It led to a trial in Athens that resulted in the execution of six of Athens’ top naval commanders, demoralizing Athens’ navy and challenging its naval supremacy. Lysander’s Spartan fleet then sailed at once to the Hellespont, the source of Athens’ grain, and defeated the Athenian fleet in the Battle of Aegospotami (405 BC). Facing starvation and disease from the prolonged siege, Athens surrendered in 404 BC, and its allies soon surrendered as well. The Spartans took Athens into their own system and set up a reactionary regime ruled by the ‘Thirty’ oligarchy.

Thucydides is regarded as an intellectual forbearer of realpolitik for he views the relations between nations (in History’s regard, between Sparta’s Peloponnesian League and Athens’ Delian League) as based on might or power rather than might (Leo Strauss, 1962). In the Book 5 of History, Thucydides wrote the Melian Dialogue, a fictionalized speech inserted for dramatic effect taking place in 416-415 BC between the Athenians and the people of Melos, a small, peaceful, and defenseless island located east of Sparta. The Athenians demanded that the Melians surrender their city and pay them tribute, or be destroyed. The Melian Dialogue opened up many arguments over what moral considerations, if any, should limit the exercise of imperial power of coercion. The Melians, who refused to cooperate, fell into the hands of the Athenians. The Melian Dialogue describe early instances of realpolitik or power politics. Thucydides also used strict “scientific history” standards, in which he didn’t mention the role of the gods as opposed to other classic writings of Herodotus, and he gathered evidence and analyze in terms of cause and effect.

Thucydides’ History confirmed the anarchical nature of the international system, in which there was a state of constant antagonism between Sparta and Athens. It developed that the cause of the Peloponnesian War was the Athens’ power buildup, which in turn led to Sparta’s security dilemma. It was also preoccupied with the interplay of justice and power in political and military decision-making, suggesting that considerations of justice are artificial and that it was necessary to attain as much power as possible. It was among the first historical writings to provide the basic assumptions of Realism, as opposed to other classic writings that frequently viewed history as a source of moral lessons, with conflicts and wars as misfortunes flowing from initial acts of injustice perpetuated through cycles of revenge.

This article firstly appeared in http://tghchrl.weebly.com/index.html