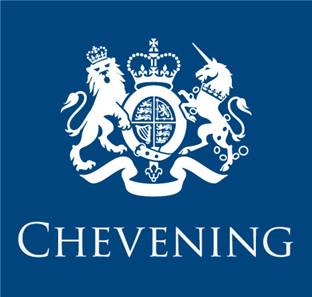 Foreign and Commonwealth Office (FCO) and partner organisations offer Chevening scholarships for masters students. The programme provides full or part funding for full-time courses at postgraduate level, normally a one-year Master’s degree in any subject and at any UK university. Chevening scholarships cover tuition fees, a living allowance at a set rate (for one individual), an economy class return airfare to the UK and additional grants to cover essential expenditure. Some Scholarships cover part of the cost of studying in the UK; for example, tuition fees only or allowances only. The application deadline varies from country to country.

Eligibility: Applicants must:
-Meet the academic requirements for their chosen course(s) of study;
-Have a good standard of written and spoken English, and meet the Chevening Scholarships language requirements as well as the language requirements of their chosen course(s) of study;
-Be a citizen of a Chevening country
-Have a minimum of two years’ work experience;
-Not be employees, relatives of employees, or former employees (who left within the past two years) of Her Majesty’s Government (including British Embassies and High Commissions), a partner (sponsor), a sponsoring UK university, or a staff member of the Association of Commonwealth Universities;
-Not have previously studied in the UK under a UK Government-funded scholarship;
-Not have dual British nationality (unless you are a Citizen of a British Overseas Territory).

Scholarship Description: Chevening Scholarships are the UK government’s global scholarship programme, funded by the FCO and partner organisations. National merit-based competitions in 118 countries are run each year and Scholarships are awarded to outstanding established or emerging leaders to pursue one-year Master’s degrees in any subject and at any UK university. Initial application is facilitated via the eChevening online system. Typically, up to 25,000 applications are received. These applications are first reviewed against certain eligibility criteria and those that make the cut are then sent to Reading Committees for assessment. The Chevening Scholarships Secretariat is seeking both Eligibility Reviewers and Reading Committee members.

Number of award(s): Not Known

Duration of award(s): Scholarships are awarded for one year.

Selection Criteria: Applicants should be high caliber graduates with the personal, intellectual and interpersonal qualities necessary for leadership. Evidence of leadership experience and potential is critical. Each country has a list of priority areas in which it is looking for Chevening Scholars. The typical successful applicant:
-Is a professional graduate, in early or mid-career, who displays both intellectual ability and clear leadership potential;
-Has already worked for two/three years in his/her chosen profession;
-Is committed to return to his/her home country and contribute to its socio-economic development, by implementing the new skills and knowledge acquired in the UK;
-Has a proven track record of professional excellence and achievement, with the prospect of becoming a leader in his/her chosen field;
-Is able to show at interview that he/she possesses the personal qualities to benefit from the Scholarship and use it to succeed in his/her chosen career;
-Is keen to engage with the wider Chevening community while in the UK and on return to his/her home country;
-Has a clear idea of how the Scholarship will benefit his/her country on his/her return.

How to Apply: To apply for one of the four positions available (Eligibility Reviewer, Academic Specialist, Regional Specialist, Lay Committee Member), please send a CV with covering letter outlining each of the following:
-Applicant’s full name
-their postal and email addresses
-their phone number(s)
-position(s) being applied for
-suitability for the role(s)
-confirmation of available period of time (November for Reviewers or one of the three time periods for the Committees, as above)
-acknowledgement of willingness to sign a confidentiality agreement
-Applications should be emailed to sifting-at-chevening.org, to the attention of Michael Scott-Kline, Head of the Chevening Scholarships Secretariat.
Enquiries about the positions should be addressed to Michael Scott-Kline, Head of the Chevening Scholarships Secretariat: sifting-at-chevening.org