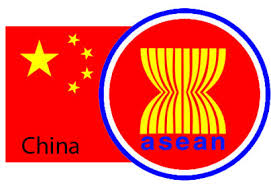 Constructing Trust-Based Regionalism in East Asia: The Role of the Youth as Trust builder in advancing ASEAN-China Cooperation

It is such an honor for me to be able to share my thought in such a very great discussion that we have today.

While the other speaker will of course highlight the role of youth in promoting education cooperation, I would like to begin the discussion by raising the importance of youth in constructing trust-based regionalism in East Asia. What I mean by trust-based regionalism is regional integration process that based on trust among society in the region. When we look at the current mainstream focus of East Asian regionalism, then the discussion is always dominated by the economic and the security process of regionalism. Economic process of East Asian regionalism can be seen through its comprehensive regional production framework, regional trade framework (high level of intra-regional trade, Connectivity), and regional financial framework (such as Chiang Mai Initiative Multilateralization). And the Security process of East Asian regionalism can be seen through a complicated web of alliance and hub and spoke system that becomes the feature of East Asian Security Architecture. Yet these two processes are very fragile since they only depend of the profit and interest. As long as the trust among people are not built then the truly regionalism cannot be achieved.

Thus, building trust among people is the most important thing that being left behind especially by policy makers in constructing East Asian Regionalism. Why trust is very important? Firstly, the lacks of trust in East Asia hinder a further cooperation in the future. Secondly, trust will strengthen an economic as well as security regional integration. We can see the lack of trust in the increased tension in South China Sea as well as the rise of protectionism among East Asian Countries. From history, we also learn that it took Europe two World Wars in order to build trust among them. We should not let the miscalculation due to lack of trust creates instability in East Asia. The youth is the future of the nations. Thus, we do not want to see our leaders of tomorrow will only feed by narrow minded nationalism which eventually becomes the barrier for creating an East Asia Regionalism.

I do believe that Youth has a significant role as a trust builder among ASEAN countries and China which form a substance of East Asia regionalism. With their bright and open minded view as well as their passion to learn from other, I am sure that youth can be a norms entrepreneur for Culture of Cooperation through a deeper understanding among ASEAN and China. So how can we increase the role of youth as trust builder among ASEAN and China? To begin with, we should remember that youth is not only a leader of tomorrow but also a partner of today. Thus, we need to increase youth participation in solving the problem faced by ASEAN-China cooperation. Youth is very dynamics and creative. What we should really do is to provide them with a platform to engage. Therefore, it is a time for ASEAN-China to initiate a platform for youth to conduct cooperation in any field. For instance, in the political arena, there must be ASEAN-China Young Politician for those students who are interested in politics. Students can also be involved in discussion on the current problem such as environmental degradation and poverty

In conclusion, to increase the role of youth as a trust-builder in promoting ASEAN-China education cooperation is by engaging them in real problem faced by ASEAN-China through an initiated platform that facilitate youth  to get to cooperate each other.

Thank you so much.