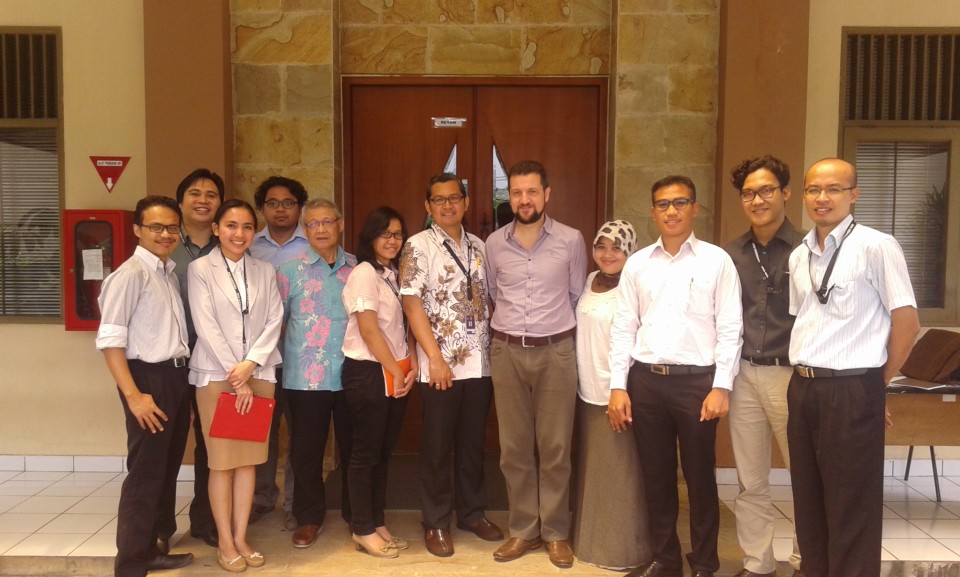 Dr Euan Graham, a Senior Fellow at Maritime Security Program, Rajaratnam School of International Studies, Nanyang Technological University, Singapore, visited the IR Department of Binus University today, 17 February 2014.  Dr Graham was welcome by most of the faculty members of the Binus IR department, who came in excitement to attend a forum of discussion (officially called as ‘Kijang Initiative Forum) specifically organized to enable an exchange of ideas between Dr Graham and the academics affiliated with Binus IR department. During the visit, Dr Graham was accompanied by Mr. Ristian Atriandi Supriyatno, an associate research fellow in the same institution.

During the discussion, several issues related to maritime security in Southeast Asia were discussed. They are the territorial disputes in East and South China Sea, proliferation security initiative (PSI), declaration of conduct of members of ASEAN, and the code of conduct which is still a subject of discussion among ASEAN countries. However, attention of the participants of the discussion was more focused to the issue related to the territorial dispute in South China Sea and the steps taken by the ASEAN countries, particularly Indonesia, in an attempt to resolve the problem. In addition, issue regarding Indonesia-China relations was also touched during the discussion.

The forum was chaired by Tirta Mursitama, the head of department of IR of Binus University. Among those who attended were A. Dahana (professor of China Studies), M. Faisal Karim, Wendy A Prajuli, Mutti Anggita, Luh Nyoman Ratih, Aditya Permana, Tangguh Chairil, Ekawati Soedjono, Ali Muhyidin, and Johanes Herlijanto.