Yes or No to Nuclear Energy? 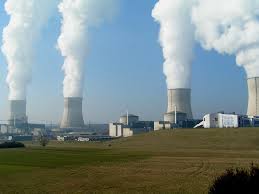 Yes or No to Nuclear Energy?
by: Mutti Anggitta,
Department of International Relations, Bina Nusantara University

A famous Indonesian proverb, “tak kenal maka tak sayang” may help explain why the majority of Indonesians opposes the state’s nuclear programme. Besides the risks highlighted by the Three Mile Island, the Chernobyl, and the Fukushima accidents, what should we know about nuclear energy? And why should we say yes to it?

Like other states, Indonesia faces growing concerns about an unconventional security threat called ‘climate change’ which most likely has come about from increasing levels of green house gas emissions. Of course there is no single energy technology that can solve the problem of climate change. However, since nuclear energy produces very low greenhouse gas emissions, it could play a significant role and become an effective part of the solution to climate change.

Nuclear energy has the potential to provide the world with an incredible amount of electrical power. And not only clean, nuclear energy is actually cheap. A comprehensive study by the Depleted UF6 Management Information Network shows that one ton of natural uranium can produce more than 40 million kilowatt-hours of electricity, equivalent to burning 80,000 barrels of oil or 16,000 tons of coal. Many studies also show that solar and wind energy is indeed more expensive per kilowatt of energy than nuclear energy.

By developing nuclear energy as an alternative source for electricity, we reduce our reliance on fossil fuel sources that are extremely vulnerable. In fact, fossil fuel sources are very harmful to the environment. Mining coal causes great damage to ecosystems and produces toxic wastes that contaminate water supplies. The burning of fossil fuels also produces serious air pollution, such as CO2 which plays a great role in global warming.

Still unsure to say yes to nuclear energy? Well, just be aware that our need for electricity is steadily increasing. And in an increasingly globalised economy, we will be at a great disadvantage if we do not have economical energy. If energy is expensive, either due to high costs or insufficient supply, consumers suffer. The effects of it can be very wide. Expensive energy not only can lead us to lower productivity, slower economic growth, lower wages, but also lower standards of living.

So, more yes to nuclear energy?