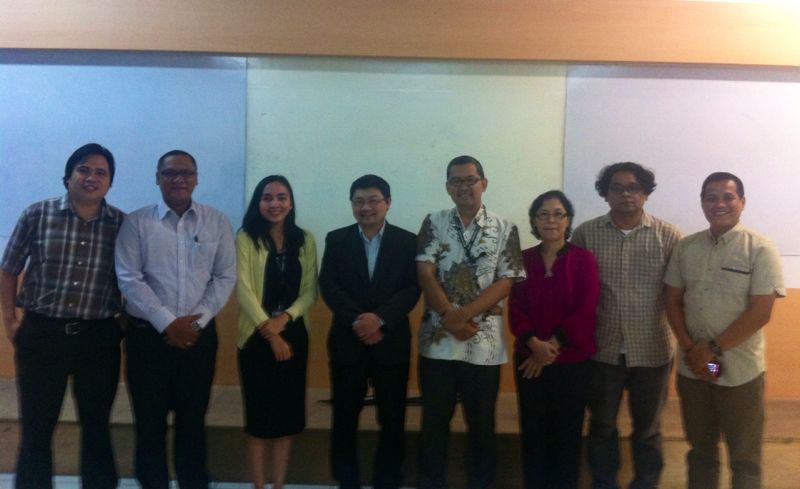 How should we explain China’s growing involvement in multilateral institutions organized by the Association of South East Asian Nations (ASEAN) countries? This is a question that a China observer might pose as a response to China’s active participation in quite a few of ASEAN led forums, such as ASEAN plus Three (APT), ASEAN-China Dialogues, East Asia Summit (EAS), and ASEAN Defense Ministers Meeting Plus (ADMM+). In the effort to find a sufficient understanding of this matter, the Kijang Initiatives Forum (a forum regularly organized by the Department of International Relations, Bina Nusantara [Binus] University) was held on 17 March 2014. During the forum, the issue was discussed in detail by Dr. Cheng-Chwee Kuik, an expert on China-Southeast Asia relations from the Universiti Kebangsaan Malaysia (UKM), who is currently conducting his post-doctoral research at Princeton University.

Dr. Kuik began his presentation by describing how ASEAN has been very active in establishing a good number of multilateral institutions since 1994. Among these institutions are ASEAN Regional Forum (ARF, established in 1994), ASEAN Plus Three (APT, established in 1997), ASEAN China Dialogues (established in 1996), East Asia Summit (EAS, established 2005), and ASEAN Defense Ministers Meeting Plus (ADDM+). Next he pointed out that even though China was one of the founding members of each of these institutions, she was initially suspicious with them. China worried that the United States might dominate these multilateral institutions, and that smaller neighboring countries might use the forums to gang up against China on sovereignty issues such as Spratlys disputes. However, despite these initial suspicions and hesitations, China decided to participate in those multilateral forums because she wanted to influence the developments of the forums from within. China began to take part in those forums in an increasingly positive and active manner from 1997 onwards, at the height of the Asian Financial Crisis. It has become even more proactive after 2000.

How can we interpret the above mentioned phenomenon? In the view of Cheng-Chwee Kuik, China’s participation in those forums shows how China wishes to use her relation with ASEAN to manage China’s relation with the Western power. Furthermore, as we might have observed recently, China has not only developed a good relation with ASEAN, but also with each individual ASEAN country. In other words, it is not just about multilateralism, but also about bilateralism. Finally, we may also see that China’s involvement in the ASEAN led institutions is not motivated by its regional interests, but also by its global interest. Before ending his presentation, Kuik also informed the audience of the emerging trends in China-ASEAN relations. Among these trends, one that may be a source of concerns for ASEAN countries is the befuddling contradiction between China’s diplomatic efforts to assure her neighbors of China’s peaceful nature and this middle kingdom’s recent naval assertiveness, especially in East and South China Sea. However, this assertiveness might be interpreted as an effort made by Chinese elites to obtain (or continue to obtain) its domestic legitimation. This is particularly related to the recent outbreak of popular nationalism among Chinese people.