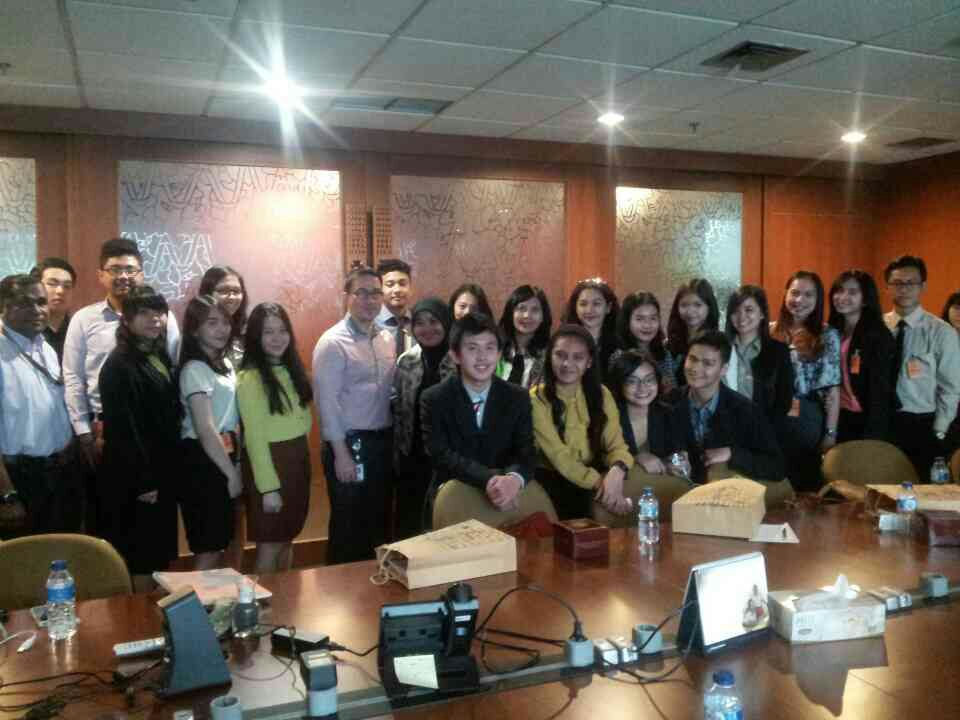 There was something different with the perfomance of the students who are taking the class of the Rise and Fall of Multinational Corporations on Monday, May 26th 2014. Not only had they showed their professional look, but they had also arrived at the office of PT. Freeport Indonesia at Plaza 89 before 9 o’clock in the morning as had been scheduled before. Having known that the office is located in a busy area, which is on Jl. HR. Rasuna Said Kav. X-7, No. 6, Jakarta, these students had calculated their time to arrive on time at the venue. Well, punctuality is a good habit to continue, isn’t it? Their faces also showed that they were eager to learn many things on that day which could enrich their knowledge about a famous multinational company in Indonesia which has been a controversy for a long time. 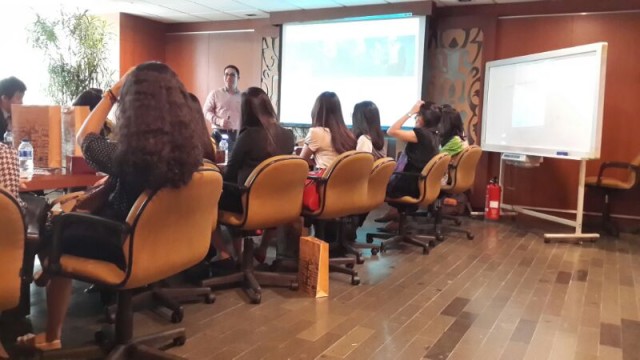 Having waited for about one hour, the team of Coorporate Communications of PT. Freeport Indonesia took us to the 5th floor of the office and they started their explanation about this company at 9 o’clock. Ibu Santi gave her warm greeting by welcoming us and the session was continued by interesting explanation from Bapak Spencer who was assigned at the site in Papua for ten years. During his description about this company, he often told us his own experiences, including telling about his colleagues from overseas who were also dirty after doing their work as engineers. They told that the first expedition to establish PT Freeport Indonesia was conducted in 1936 and the running of the company has been under several contracts with Indonesian government. Bapak Arlan, who is from Papua, also attended this event and he shared his story of how PT. Freeport Indonesia has contributed in empowering Papua people and recruiting university students from all over Indonesia after they graduate.

In this visit, there was also a showing of company profile which shows how rich Indonesia is and the scenes of local people who could also learn something from the existence of the company. After the company profile showing and the explanation from the team of the company, there was a session of question and answer. The students asked interesting questions which varied from the factual fact happening in the site, such as demonstration and the murder some of the employees, the working contract between PT Freeport and the government of Indonesia, the role of media in spreading the news related to the company and the opportunity to work in this company as their background from the International Relations. All of the answers given have broadened the knowledge of the students and given new horizon to them. We thank the Department International Relations of Binus University and Dayu Nirma Amurwanti who have arranged this event and we have absolutely learned something from this company visit. 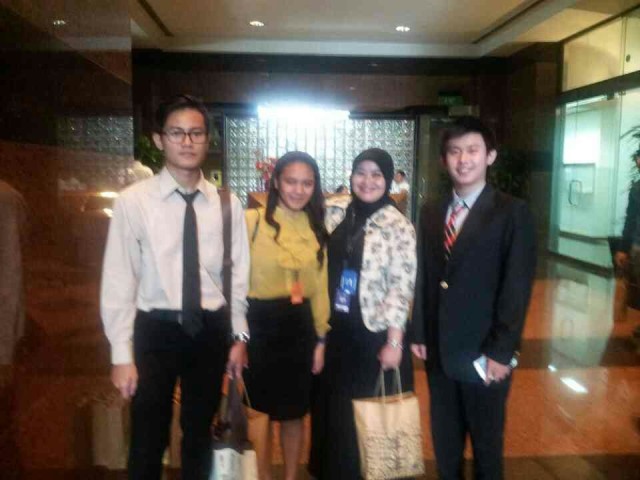