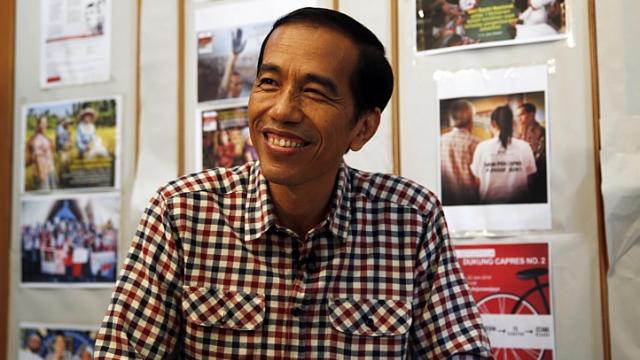 A key party in the coalition of Prabowo Subianto, who lags in unofficial vote counts to lead Indonesia, could switch sides to presidential rival Joko Widodo, a senior official indicated.

Signs of disunity within the Golkar party could benefit Widodo, 53, known as Jokowi. His IndonesianDemocratic Party of Struggle, or PDI-P, secured 19 percent of seats in an April parliamentary vote, less than expected, raising the risk he could struggle to execute on his policy plans if he wins.

“With a victory of Jokowi-JK already certain, Golkar as an institution should know itself, especially those who are backing Prabowo,” Zainal Bintang, a deputy chairman of Golkar’s advisory board, said today by phone, referring to Jokowi and his running mate, ex-Golkar chairman Jusuf Kalla. “We can’t be in opposition.”

Golkar, formed by dictator Suharto who was toppled in 1998, has been in government for the past decade and has played some role in running the country throughout the post-Suharto era. If Golkar were to switch sides it would give Jokowi’s coalition 53 percent of parliamentary seats.

“Golkar is not permanently loyal to one side,” said Achmad Sukarsono, associate fellow at Jakarta-based research institute The Habibie Center. “Golkar will shift when there’s a change of power, because Golkar was designed to be with the government.” Any formal move to Jokowi’s camp may not happen before official election results are out July 21-22, he said.

“If Golkar shifts to Jokowi, then other parties could shift to Jokowi,” he said, which would make it easier for him to deal with parliament. Even so, “it will give a new headache to Jokowi because the interests of Golkar must be synergized with the interest of his coalition.”

Kalla is one of Golkar’s best members, said Bintang from the party, and current chairman Aburizal Bakrie, who allied the party with Prabowo, 62, should resign now. Golkar members are talking about moving forward the date of the party’s next convention to October from 2015 to enable a leadership change, he said.

Lalu Mara, a spokesman for Bakrie, 67, said it was not up to Bintang to speak on his future.

“There’s a mechanism to decide that,” he said.

If Golkar aligned with Jokowi it would push the rupiah to rally to 11,000 per dollar, Geoffrey Kendrick, head of currency and interest-rate strategy in Asia at Morgan Stanley, wrote in an e-mail. The rupiah gained 0.4 percent to close at 11,580 per dollar today, prices from local banks show.

Jokowi, who rose from being mayor of a city in central Java to governing Jakarta, had about a five percentage point lead, according to unofficial counts from two survey companies that declared him the winner. The tallies give him a buffer of about 8 million votes, based on Bloomberg calculations, for the closest result since direct presidential elections began a decade ago.

Golkar is likely to switch, according to Paul Rowland, a Jakarta-based political analyst and former Indonesia country director for advocacy group the National Democratic Institute.

“It just depends how long it takes,” he said today by phone.

Golkar formed a coalition with Prabowo’s Gerindra party in May, even as Kalla was named Jokowi’s running mate. The allegiance confounded expectations Golkar would tie up with PDI-P.

Kalla, 72, a businessman and chairman of the Indonesian Red Cross Society, was vice president during the first term of President Susilo Bambang Yudhoyono.

Asked about the unity of the parties standing with Prabowo, a spokesman said the former special forces commando, who was once the son-in-law of Suharto, remained optimistic of winning the election and his coalition is “solid.”

“We will respect the process as already entailed by the law,” said Sandiaga Uno. “Prabowo is a democrat and will keep the best interest of the country close to his heart.”

To contact the editors responsible for this story: Rosalind Mathieson atrmathieson3@bloomberg.net Neil Chatterjee