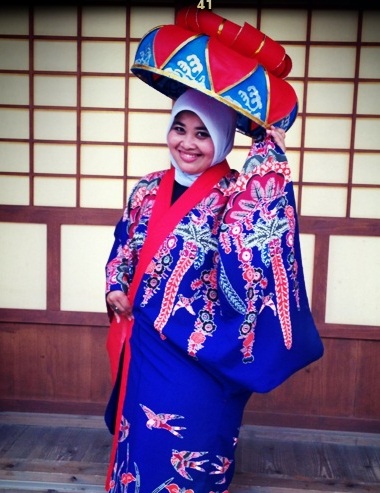 Ekawati Sudjono has been a lecturer in the Department of International Relations of Binus University since September 2013. She has become a faculty member in this university not long after her arrival in Indonesia after finishing her study in the Graduate School of Humanities and Social Sciences of Tsukuba University, Japan majoring in International Area Studies (September 2011-July 2013). She pursued her bachelor degree from University of Indonesia (2001), majoring in English Language and Literature. Having been a teaching staff in an international school in Jakarta and a lecturer in Trisakti University for seven years, she was awarded a scholarship from MEXT, Japan as a participant of In-Service Training Program for Overseas Teachers (October 2009-March 2011), a program of research student for foreign students in Japan.

Eka has involved in many student and social organizations, such as Association of Indonesian Students in Ibaraki Prefecture, Japan, UNFREL (University Network for Free and Fair Election), and many others. During her stay in Japan, she was an instructor of Indonesian language at Tsukuba International Academy. She taught Japanese employees who would be assigned in Indonesia by their companies. Having joined in the departmentof International Relations of Binus University, she believes she could learn many other things and she hopes she could contribute something in the education world. Her research interests have developed in the areas of Multinational Corporations, Cross-culture Management, glocalization, language and education.