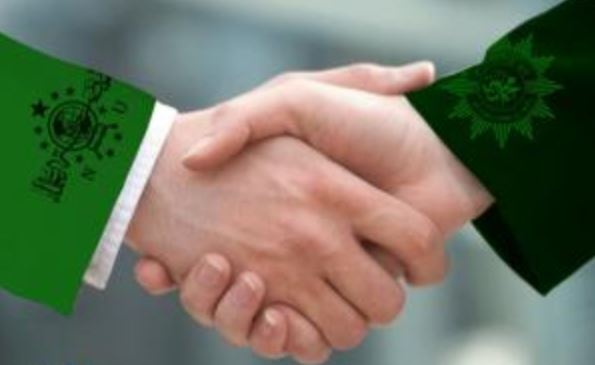 Muhammadiyah, the second largest Muslim organization in the country after Nahdlatul Ulama (NU), has completed the World Peace Forum, held in Jakarta on Nov. 20-23, focusing on lessons in conflict resolution, discussing experiences in Aceh, the Philippines, Thailand, Kosovo, Palestine and other regions.

Participants also raised the threat of the Islamic State (IS) movement and regional security.

Indonesian fighters in Syria frequently post their call for jihad on YouTube. One video states “it is compulsory for Indonesian Muslims to join the fight in Syria and Iraq under the banner of ISIL [Islamic State of Iraq and the Levant] headed by Abu Bakar al-Baghdadi.” This issue needs a comprehensive solution through a strong partnership between state and civil society.

Muhammadiyah and NU have publicly stated that the IS movement is against the principles of Islam and Pancasila, the state ideology accommodating different faiths and ethnic groups. The government under former president Susilo Bambang Yudhoyono was committed to fighting jihadism and extremism.

This policy is being continued by President Joko “Jokowi” Widodo. In an exclusive interview with The Australian, Yudhoyono said “Indonesia is not an Islamic state. We respect all religions. Our state ideology is Pancasila”.

NU executive chairman Slamet Effendy Yusuf said the public had to be critical of the judgment and teachings of IS, adding a caliphate could lead to sectarianism. Former NU chairman Hasyim Muzadi stated that IS was “a new Islamic phenomenon in the Middle East, which is by no means appropriate for Indonesia”.

Muhammadiyah chairman Din Syamsuddin declared that his organization “opposes the movement and thought” of IS in Indonesia, “due to its principles [being] against the true principles and values of Islam.”

“The violent approach of IS in reaching its goals is the opposite of the teachings of Islam, [a religion that] teaches peace, ethics and morality,” he said.

Muslim civil society organizations have initiated teachings, seminars and discussions on how to overcome radicalism and terrorism in Indonesia. Islamic schools in Muhammadiyah and NU are opposing the interpretations, teachings and values of an Islamic caliphate propagated by groups, such as IS.

However, the threat of radicalism and violent interpretations of Islam still flourish in Islamic radical schools. The government needs a stronger legal system to enable security forces to fight the development of Islamic radicalism.

President Jokowi stated that “not only a security approach, but also a religious approach is needed” to tackle radicalism.

NU and Muhammadiyah represent the backbone of Indonesian ideology and interreligious peaceful unity against the threats posed by IS in Indonesia. In Indonesia’s past, Darul Islam and the Islamic State of Indonesia (NII) movement attacked Islamic schools and killed ulema in the 1950s.

That radical movements have grown after the New Order is alarming for the silent majority of moderate Indonesian Muslims and the state.

Further, overcoming movements like IS requires a global coalition focusing not only on a security approach, but on a fair balance of power as well as a fair policy against conflicting regions in the Middle East and other regions.

Indonesian Muslims also respond to perceptions of unfairness in the Middle East, in particular between Palestine and Israel. Peace negotiations and economic reconstruction should be well supported by the UN and the international community.

Indonesian experiences in international conflict resolutions as discussed at the World Peace Forum will strengthen Indonesia’s position in Southeast Asia and the world.