Take aim, fire at will: Australian hypocrisy on a high pedestal 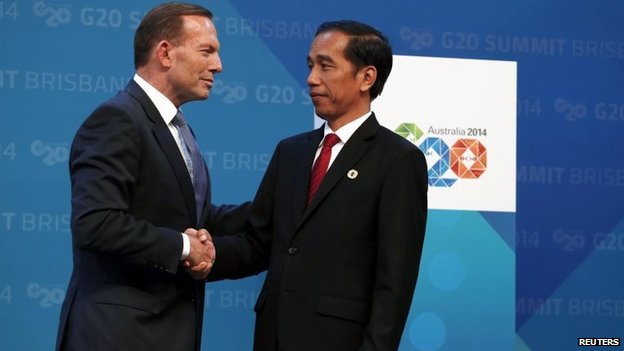 The Australian media is engaged in a surreal form of hypocrisy by criticizing the execution of those convicted of drug trafficking in Indonesia. Canberra’s exceptionalism stands out as it puts its double standards with respect to human lives and dignity on a high pedestal, problematizing the death penalty only when Australians are put before the firing squad.

First, Indonesian state treatment of convicted drug traffickers differs only slightly from Australia’s treatment of asylum seekers. Asylum seekers desperately trying to seek refuge in Australia and convicted drug traffickers vacationing in Bali are similar “abject bodies”: individuals that the sovereign state does not want and plans to effectively and efficiently dispose of.

In a nutshell, the only difference between Indonesian and Australian treatment of “abject bodies” lies merely in each country’s preferred legal methods and the distance considered comfortable and acceptable by its public.

On the other hand, Australia seemingly prefers secretive on-the-spot extra-judicial actions, better known as “on-sea-matters” that the Abbott government refuses to comment on.

Furthermore, Indonesia prefers openly using its own firing squad, having solid legal justification and being fully accountable for the lives it takes. Meanwhile, Australia prefers the outsourcing and subcontracting of their deeds to private companies and offshoring them to distant locations that are conveniently out of sight and out of the mind of its public, such as Manus Island, Nauru and Cambodia.

In July 2014, the forced return of Australian-bound refugees to Sri Lanka also indicated that Canberra is content with practices bordering on “forced disappearance” of civilians at sea while effectively breaching international legal principles of non-refoulement, the UN Refugee Convention and UN Convention against Torture. Asylum seekers, sometimes including children, in Australian detention facilities have undergone hunger strikes, sewn their lips shut, inflicted self-harm and attempted suicide, swallowed razorblades and even burned themselves to death in protest at the “Australian solution”.

Currently, 700 asylum seekers are on hunger strike in Manus Island. Two asylum seekers from the camp, Reza Barati and Hamid Kehazaei, have already died but not a single asylum seeker has been successfully resettled to date. This makes the facility more of a death camp than a resettlement camp.

Second, insistence on saving individual Australians misses the bigger picture which should be the abolition of the death penalty and upholding human dignity in Indonesia, Australia and beyond. When former president Yudhoyono left his presidency, he controversially granted Schapelle Corby parole.

His act of conceited generosity fostered Australian exceptionalism, giving the impression that the death penalty is avoidable by turning convicted Australians into media darlings, concluding backroom negotiations, having your appeal heard by the president and finding legal loopholes that Australians can exploit.

Before concerned Australians can start seeing the bigger picture and join ranks with like-minded liberals and reformists in Indonesia, Australian parents will continue to worry about their youth vacationing in Bali, knowing that once caught experimenting with recreational drugs, their loved ones might be sent to the firing squad.

Third, implying that executions will affect bilateral relations to the disadvantage of Indonesia is ridiculous. Former Australian prime minister John Howard and opposition leader Simon Crean were not opposed to the execution of convicted terrorists Amrozi bin Nurhasyim and Imam Samudra in 2008 and Canberra, through its counterterrorism aid, had actually subsidized the bullets used to execute them.

Australian media coverage of their executions was surprisingly detailed and even savored many of its graphic moments. Australia’s main ally, the United States, enforces the death penalty in the majority of its states and one of Canberra’s largest trading partners and paymaster, China, performs one of the highest numbers of executions worldwide and has only stopped harvesting organs from executed prisoners this year. If anything, Australian hypocrisy and exceptionalism risks worsening its public image in Indonesia as a neighbor that not only disrespects international law and Indonesia’s borders, but now also Indonesian law and legal corridors.

Australian government appeals are neither heroic nor heartfelt; Canberra is merely trying to save their own “subject bodies” from the firing squad, while slowly disposing of “abject bodies” it does not want through inhumane detention camps or returning them to foreign regimes that will probably finish the job for them. Indonesia paying “blood money” to save the “subject bodies” of Indonesian domestic workers in Saudi Arabia from beheading is no less hypocritical as these efforts are done against the backdrop of killing off “abject bodies” that were once warmly received as guests in Bali.

Australia and Indonesia betray human rights and violate human dignity alike by abusing the criminalized and illegal “abject bodies” in surprisingly similar ways, differing only in their preferred legal methods and comfortable distance acceptable to their respective publics.

All lives matter greatly, not just Australian ones. Any debate that does not start from these fundamental premises of equality of human life and dignity is not worth visiting and is a waste of the Indonesian public’s valuable attention and time.