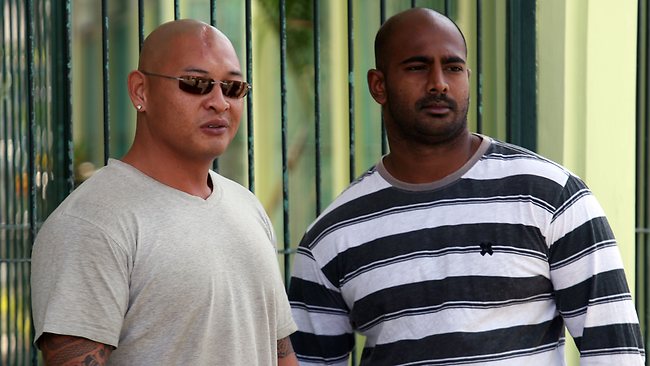 Jakarta: The Indonesian government has downplayed a 40 per cent cut in aid from Australia, insisting it had nothing to do with the Bali nine executions and the republic no longer needed development assistance.

Foreign Ministry spokesman Arrmanatha Nasir said Australia’s foreign aid cuts had been across the board and the government appreciated the reasons provided by Foreign Minister Julie Bishop. Treasurer Joe Hockey delivers his post-Budget address to the National Press Club of Australia address in the Great Hall at Parliament House on Tuesday 12 May 2015. Photo: Alex EllInghausen

“We emphasise that Indonesia is now able to finance its own development by using its internal revenue,” Mr Nasir told Fairfax Media.

Asked if the cuts were in retaliation for the executions of Andrew Chan and Myuran Sukumaran, Mr Nasir warned: “Don’t connect the two. I don’t even want to raise the issue. The explanation by the Australian Foreign Minister is clear. We look forward to strengthening the partnership.” He said Indonesia was even in a position to be able to help other countries, recently giving $US2 million ($2.5 million) to the Solomon Islands and assisting Nepal after the earthquakes.

The announcement of $238.9 million in cuts to the aid program caused barely a blip in Indonesia, despite the widespread public assumption they are retaliation for the executions.

Little mention was made in the Indonesian media immediately after the budget was brought down, despite commentary last week suggesting they would be seen as “an Australian display of cockiness”.

One exception was vivanews.co.id, which reported “The government of Australia’s threat to cut foreign aid to Indonesia is not a bluff”.

The news website said it was still unclear why the government of the “kangaroo country” cut half of its foreign aid to Indonesia.

“But Australia did the aid cut after the Government of Indonesia executed two of the drug kingpins, Andrew Chan and Myuran Sukumaran at the end of April,” it noted.

“Therefore the public in general concluded that the aid cut was just a form of retribution over the government’s action.”

However vivanews.com pointed out that the Philippines and Vietnam had also had their aid budgets cut and Africa’s cut of 70 per cent was even higher.

It is not yet known which initiatives will face the axe due to the $238.9 million cuts, although funding for several post-tsunami projects expires this year anyway.

Those programs that continue are expected to reflect Foreign Minister Julia Bishop’s priorities of gender equality and “aid for trade” – liberalising developing nations’ economies and boosting their trade opportunities.

The Australian Government also announced $98.3 million to open five new overseas missions including one in Makassar in East Indonesia

A consulate in eastern Indonesia was called for in the previous government’s Australiain the Asian Century white paper.

“Australian funding is hardly seen on the Financial Ministry’s chart,” he said.He said it was aid consultants who would lose out from the cuts and not Indonesia.

Mr Marut believed there would be almost no impact on bilateral relations, although he saidIndonesians would see the cut as retribution for the Bali nine executions.

“Australia’s Foreign Minister stated there would be “consequences” if their two nationals were executed. I also think that this budget cut might be used by countries whose nationals are on death row as reasons to cut their assistance toIndonesia too. I think Indonesia will see this budget cut as Australia’s political position toward Indonesia,” he said.