Jakarta under attack: Are we finally ‘on alert’? 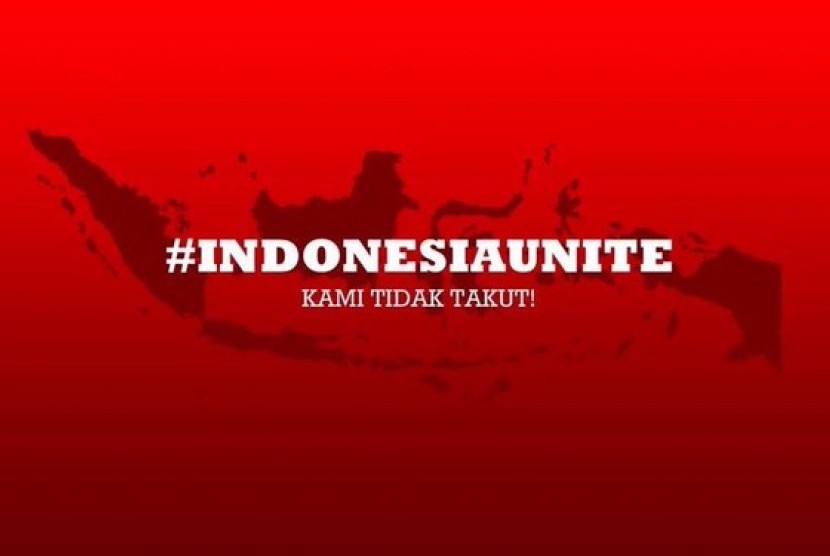 It is not supposed to be a big surprise. There have been warnings for months. Not to mention the fact that the radical groups coexist with common citizens and both are aware of each other’s existence. Yet the attacks on Thursday morning left Jakartans shocked and reminded of similar horrors in the past.

Once the news spread up to a wider audience, significantly through social and online media, people started to get busy finding updates and checking in with family members, friends and colleagues who could possibly have been near the scene. Indonesians reputation as being the heaviest social media users in the world proved to be deserved.

Without any doubts, Indonesian netizens flooded their social media with news, photos, updates, expressions of sympathy and anger and words of wisdom from those trying to calm people down.

The hashtag #KamiTidakTakut (We Are Not Afraid) instantly became a globally trending topic on twitter. While on Facebook and Path, #PrayForJakarta painted most users’ homepages.

This situation seems familiar and Indonesians, who have been challenged by terror acts before, should be “proficient” in dealing with it. However, are we really on alert? Do we know what we are getting ourselves into?

Global publicity around the attack, thanks to social media users, ironically benefits the terrorist group responsible. An attack is useless if it is not publicized.

Although raising public awareness is deemed necessary, it actually helps the group to draw world attention to the havoc they are able to produce, and also to their demands.

While most people think that posting photos of dead bodies and gunfire contributes to raising awareness, terrorist groups would perceive it as an accomplishment on their part. Using this logic, performing an attack in Indonesia would be considered joyful cherry-picking for terrorist groups.

Indonesia is home to more than 60 million Facebook users, of which around 11 million are in Jakarta. Panic and fear predictably spreads like wildfire among the populace in a flash. In addition to that, the government exerts a loose control over mass media.

Dramatic reporting from televisions and news outlets is likely to happen. People across the nation will be entertained with non-stop coverage of the incident.

That Thursday, from morning to late afternoon, not only updates on situation around Sarinah, but also rumors on the next targets were being shared online. People started to overreact and overstate the threat which increased anxiety. Unconsciously, we had fallen into the terrorist’s game.

In one of the photos published by an internet user, bystanders are seen surrounding the shootout and some were busy taking photos with their mobile phones.

A simple judgment from a single photo can be misleading, but the fact that people were in such close proximity to a gun wielding attacker is intriguing.

In contrast to the outrage on social media, people on the scene seemed to find joy in the events. Not overreacting does not mean we become ignorant of the dangerous situation we are in. Why do people fearlessly stand on the street and watch?

Terrorist groups operate the so-called attrition campaign to showcase that they are resolute enough to inflict serious damage if their demands are not met.

However, once their demands are met, we are even more likely to experience another attack. Causing a significant number of casualties would help them increase their bargaining power.

Therefore, voluntarily exposing ourselves to the attackers is the worst idea.

In theory, citizens of democracies are more vulnerable to terrorist’s propaganda than those of non-democracies.

Their fears are fuelled by media reports and warnings of continued threats. If this persists, citizens may instead put pressure on the government to cede to terrorist’s demands.

Indonesia, as a democratic country with a large Muslim population, a relatively stable government, a growing economy, loose control of mass media and a high use of social media — a perfect “stage” to perform terrorism acts. Despite our experience in dealing with terror acts in the past, it seems that people are still not ready to mitigate the threat.

The scale of the Sarinah attack may not be as big as the Bali bombings or J.W. Marriott attack, but it brought similar effects — public outrage, panic and disorientation. Involuntarily, we (again) made ourselves a ready-to-use tool for terrorist groups.

The threat of terrorism is imminent in the country hence it is important for Indonesians to understand the strategies of terrorism and be on alert at all times.

“On alert” would be to realize that the best response whenever an attack happens is to minimize dramatics and exaggeration of the tragedy, manage the spread of news and most importantly, maintain tranquility.

_____________
The writer is deputy head of the department of international relations, BINUS University, Jakarta.