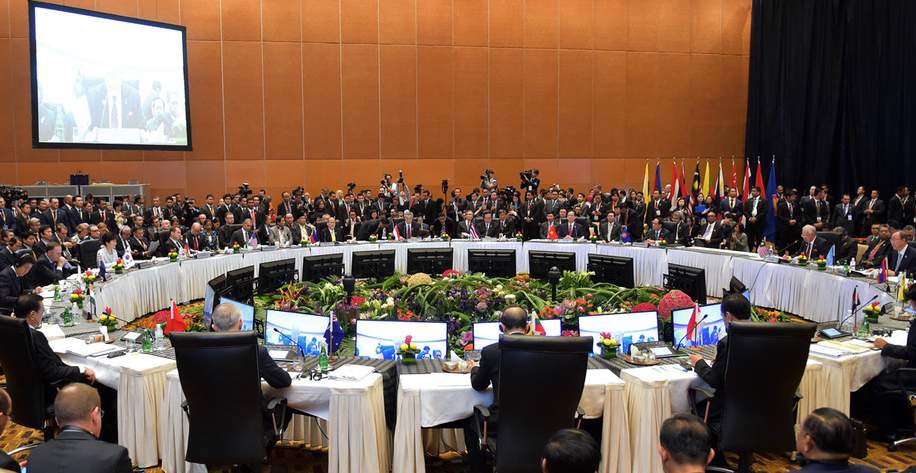 One of the Faculty Members of the Department of International Relations at Bina Nusantara University, Moch Faisal Karim, published an article titled “Reinventing Regional Order in East Asia: A Southeast Asian Perspective”. The article is as follows.

In the post-Cold War era, East Asia has undergone fundamental changes. These are even more visible in the 21st century with the rise of China and the United States’ long-term plan for pivoting to the region, as well as the emergence of Asian middle powers and ASEAN’s greater role as a global actor. These changes have shifted the world’s strategic and economic heft to the region’s advantage.

While Cold War-era East Asia was characterized by the lack of institution-building efforts, currently regionalism is burgeoning at both the multilateral or bilateral levels, ranging from security to economic cooperation. Despite the proliferation of regional cooperation, however, many observers still see cooperation in Asia as lacking in substance.

Thus, the region is now in a critical juncture when it comes to regional architecture building. How will East Asia’s regional architecture look like in the future? Will recent developments lead to a more Asia-oriented community? How should the Asia-Pacific respond to the strategic challenges in East Asia, such as the territorial disputes in both Northeast Asia and Southeast Asia as well as historical enmity among countries in the region?

This article attempts to sketch out how multilateral cooperation within East Asia remains the fundamental building block for regional architecture building. Given that ASEAN’s regional community building is ongoing and currently represents the most institutionalized multilateral cooperation in the region, this article further asserts that the centrality of ASEAN drives forward the international architecture in East Asia through insisting on a multilateral approach in the construction of a new regional order.

To do so, ASEAN needs to heavily invest in the institution-building exemplified by, for example, the East Asia Summits. The domestic constraints will be the most salient challenge for ASEAN as it struggles to maintain cohesion in exercising its central role in the international order in East Asia

Since the end of the World War II, East Asia’s regional architecture has been mainly driven by the United States as it attempts to maintain presence in the region as well as ward off potential challengers hostile to the superpower. During the Cold War, Washington created a US-centric security order in East Asia through alliances and cooperation with several countries in the region.

This hub-and-spoke strategy centers on alliances, formal or otherwise, with Australia, New Zealand, Japan, South Korea, Singapore, Thailand, and the Philippines. The strategy has served as the most robust foundation for East Asia’s regional security architecture. Meanwhile, ASEAN’s regional architecture building was primarily focused on maintaining peace and order in Cold War-era Southeast Asia, and as such was inward-looking.

However, the return of China to global prominence and a more institutionalized and outward-looking ASEAN have resulted in changes in East Asian security dynamics. The reality of China’s continued rise is now a fact that states in the region must deal with as it is heavily tied to the region’s economic growth. Thus, to keep the United States bound to the region at China’s expense is no longer in the interest of states in East Asia.

To fill the gap of a regional architecture, ASEAN established the ASEAN Regional Forum (ARF) in 1994 with the aim of maintaining US military engagement with the region and simultaneously building cooperation with China in the post-Cold War era.

Despite well-founded criticism of the ARF as little more than a “talkshop,” the platform is effective at confidence-building measure by reducing tension and suspicion. However, ARF has from its inception featured very weak structures, modalities, and processes. As a multilateral forum, the ARF has no mechanism to force participating countries to use it to solve problems.

The South China Sea disputes are a good case in point. The ARF has failed to present itself as a platform for China and the Southeast Asia disputants to solve their overlapping claims despite the fact than it has conflict prevention instruments. Moreover, East Asia is home to crisscrossing multilateral security initiatives, both formal and informal, such as the Shangri-La Dialogue and the ASEAN Defence Ministers Meeting (ADMM).

As Nick Bisley has argued, the United States seems eager to engage ASEAN-led multilateral initiatives in managing its relations with the growing China in the region. However, the United States has paid more attention to more technical multilateral initiatives rather than leader-led summitry that lead to less concrete plans on cooperation. Furthermore, China seems to undermine the ARF when the conversation turns to the growing tension in the South China Sea, of which eventual resolution requires multilateral, not bilateral, negotiations. As a result, the ARF has little to show as a platform for multilateralism that engages major powers in East Asia.

China’s spectacular economic rise prompted ASEAN to engage Northeast Asia with the establishment of the ASEAN Plus Three (APT) forum that brings together China, Japan, and South Korea for regular summits. This limited scope, however, has also meant restricted freedom as a platform to develop regional architecture.

The APT ignores the roles of other major powers in East Asia that are important to regional architecture building, so the platform is prone to the limits and interests of dominant powers. China, in effect, can and has limited discussion to topics it allows.

To realign ASEAN-centered multilateral initiatives in both the security and economic realms, ASEAN should further boost the East Asia Summit (EAS) as a forum for inclusive regional architecture in East Asia. Currently, the EAS is a leaders-led summit with ASEAN as the driving force in partnership with other participating states. From the beginning, the EAS is aimed to be an open, inclusive, transparent and outward-looking with a format that features strategic discussions on various themes pertinent to the region.

The EAS idea can be traced from the idea voiced by Malaysia’s Prime Minister Mahathir Mohammad in the early 1990s when he proposed the establishment of an East Asian Economic Grouping, later renamed as the East Asian Economic Caucus. Currently, the membership of the EAS comprises the ten ASEAN countries (Brunei, Cambodia, Indonesia, Laos, Malaysia, Burma, the Philippines, Singapore, Thailand, Vietnam), Australia, China, India, Japan, New Zealand, the Republic of Korea, the United States, and Russia.

Together, they comprise 55 percent of the world’s population and represent 55 percent of global GDP. ASEAN should take advantage as much as possible with the entry of the United States and the Russian Federation. They represent an important component in strengthening regional architecture while maintaining the principle of ASEAN centrality in the region.

Currently, the EAS has already developed six main areas of cooperation: environment and energy; education; finance; global health issues and pandemic diseases; natural disaster management; and ASEAN connectivity. Through these areas, ASEAN has enhanced the idea of East Asia Summit as a platform to better relations with major powers in the region. In addition, ASEAN should also address major regional security issues.

China’s growing assertiveness and dominating role in bilateral relations with individual ASEAN members and other EAS members, as well as the US pivot policy should elicit an ASEAN response aimed at balancing the two. Through EAS, ASEAN should further enhance its new role as a manager of the growing rivalry between the United States and China.

While the United States has succeeded in establishing and maintaining its hub-and-spoke system through bilateral agreements with East Asian countries, it could not address the increasingly complex regional dynamics in the region. ASEAN-led EAS can be a major platform to restraint a strong US dominating role by providing ASEAN a greater role in managing US relations with China by setting up the agenda. Furthermore, China has limited power in influencing through multilateral approach and so its dominating influence can be moderated through robust ASEAN-led multilateral initiatives.

One of the challenges to further enhance the EAS as a multilateral platform for the regional architecture in East Asia is the cohesiveness of ASEAN as an actor. ASEAN members, especially the smaller ones, are prone to major powers’ influence on their strategic actions within ASEAN. Given ASEAN consensus-minded approach in decisionmaking, this may restrain ASEAN from being more proactive in building an inclusive regional architecture.

A recent move by several countries that openly bandwagoned with China and the US intention to enhance bilateral military cooperations with Vietnam amidst tension between Vietnam and China in South China should be evaluated with caution. The leaders of ASEAN should have the same understanding on the importance of the ASEAN unity to make it a credible manager of regional dynamics in East Asia. Moreover, ASEAN should make more concrete initiatives produced through the EAS.

Keeping ASEAN centrality in the regional architecture building should be a priority of an ASEAN that wishes to stay relevant as an important role in the era of uncertainty. ASEAN must address moves by several member countries that might undermine its regional centrality, given that it is only credible when it is impartial.

Lecturer in the Department of International Relations at Bina Nusantara University, Jakarta, Indonesia, and a PhD candidate in Politics and International Studies at the University of Warwick, the United Kingdom. He is also currently a 2016 USINDO Sumitro Fellows.