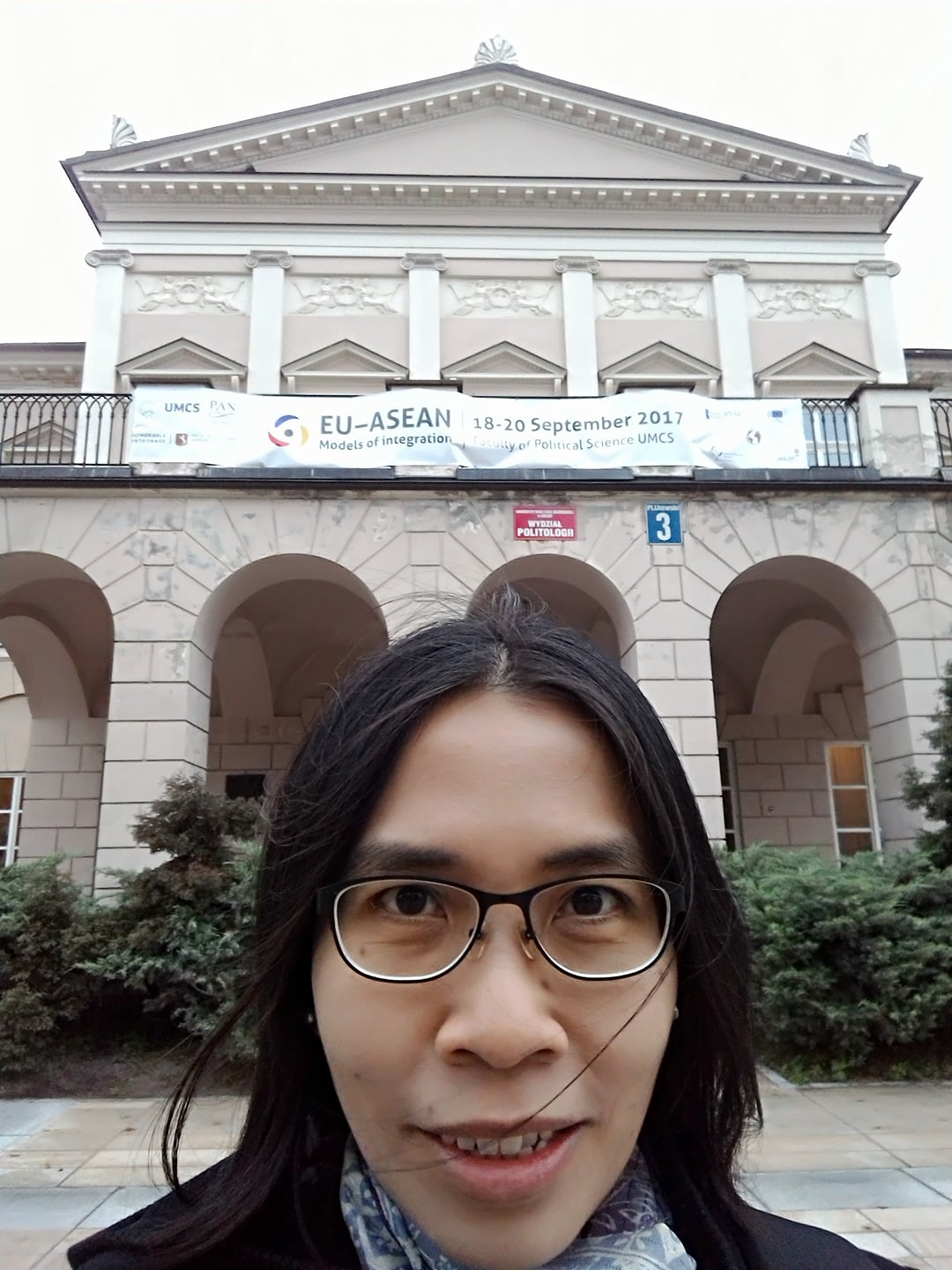 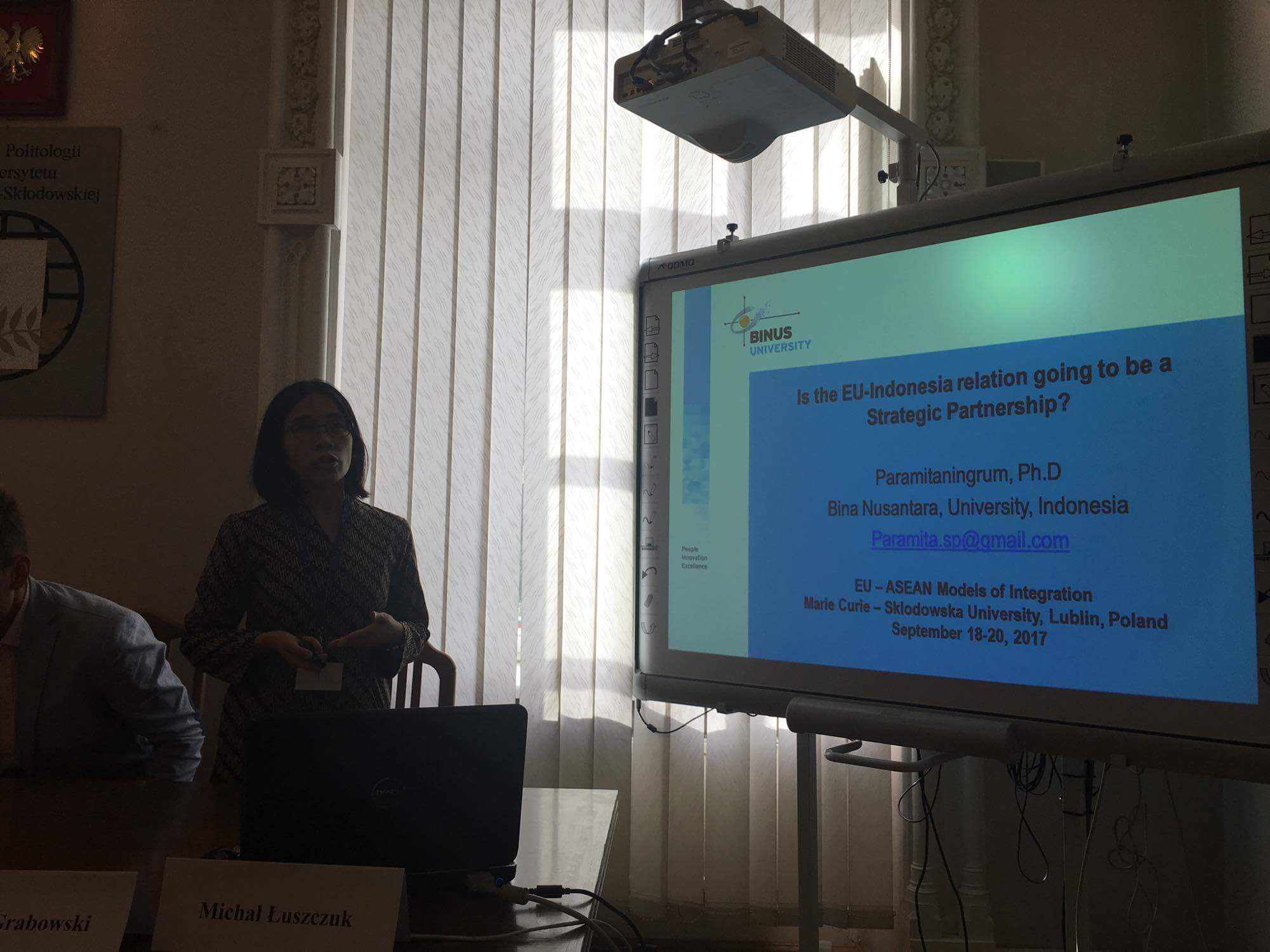 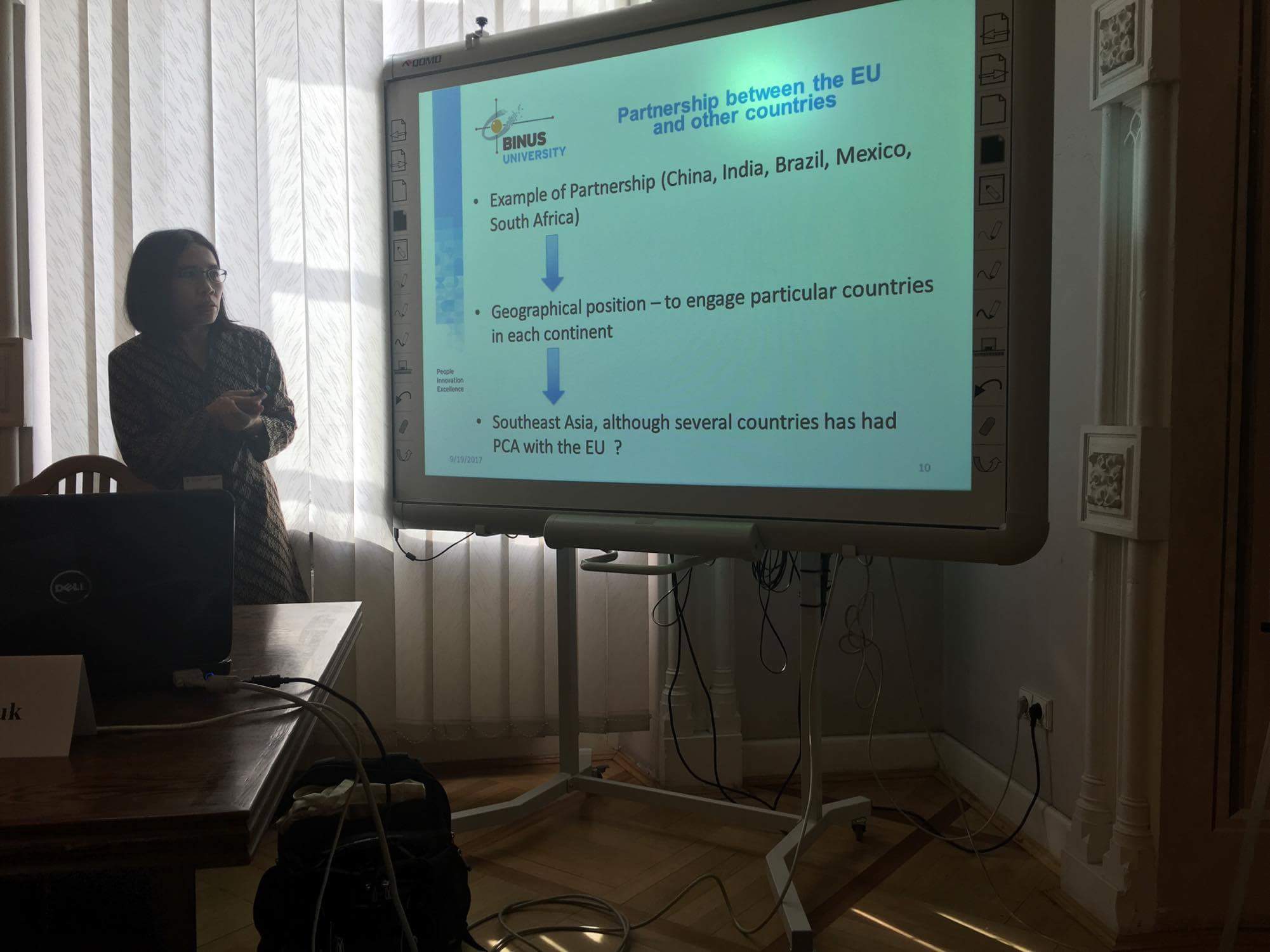 In 18-20 September 2017, the Maria Curie-Skłodowska University (UMCS) in Lublin, Poland conducted the EU-ASEAN Models of Integration conference in the Faculty of Political Science, Plac Litewski 3, Lublin. The conference is an annual event of the UMCS Department of International Relations in collaboration with the Polish Foreign Ministry. Besides being attended by the university’s academic community, the event was also joined by of the Japanese and Filipino ambassadors based in Poland and two former Polish ambassadors to Indonesia.

One of the conference participants was Paramitaningrum, a Faculty Member of the Department of International Relations of Binus University. She participated in the panel entitled, “EU-ASEAN Fields of Cooperation” chaired by Jenn-Jaw Soong from GRIPS Research Center, Japan. The panel was joined by Katarzyna Marzęda-Młynarska from UMCS, Michał Łuszczuk from UMCS, Katarzyna Negacz from Kolegia SGH, and Grzegorz Gil from University of Warsaw.

In the panel, Paramita presented a paper entitled, “Is the EU-Indonesia relation going to be a Strategic Partnership?” She described the bilateral relations between Indonesia and the European Union (EU) that had been formalized through the Partnership Cooperation Agreement (PCA) in 2009. Previously, bilateral relations were indirectly established and under the framework of EC-ASEAN Cooperation Agreement 1980, which was inter-regional relations and more focused on economic and trade aspects.

The existence of internal changes within both EU and ASEAN, and the development of the global situation, adjusted the interaction between the two entities. The EU built formal bilateral relations with Indonesia and other ASEAN member countries to strengthen EU-ASEAN relations, where the next stage of the relationship between these regions was to establish a Free Trade Area (FTA). Therefore, there was a probability that the EU-Indonesia relations could be a strategic partnership. However, Paramita calculated that it would not happen in the near future.

The program of the EU-ASEAN Models of Integration Conference can be viewed here.