The Process of Updating the Economic and Social Cuban Model 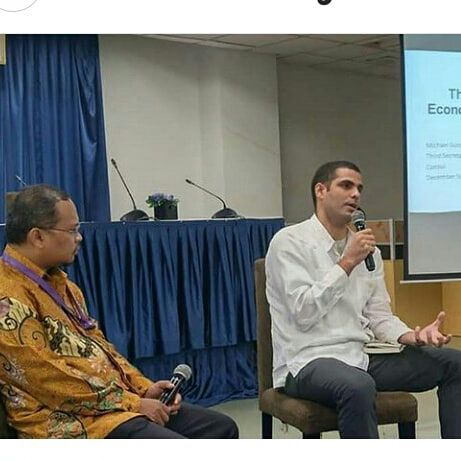 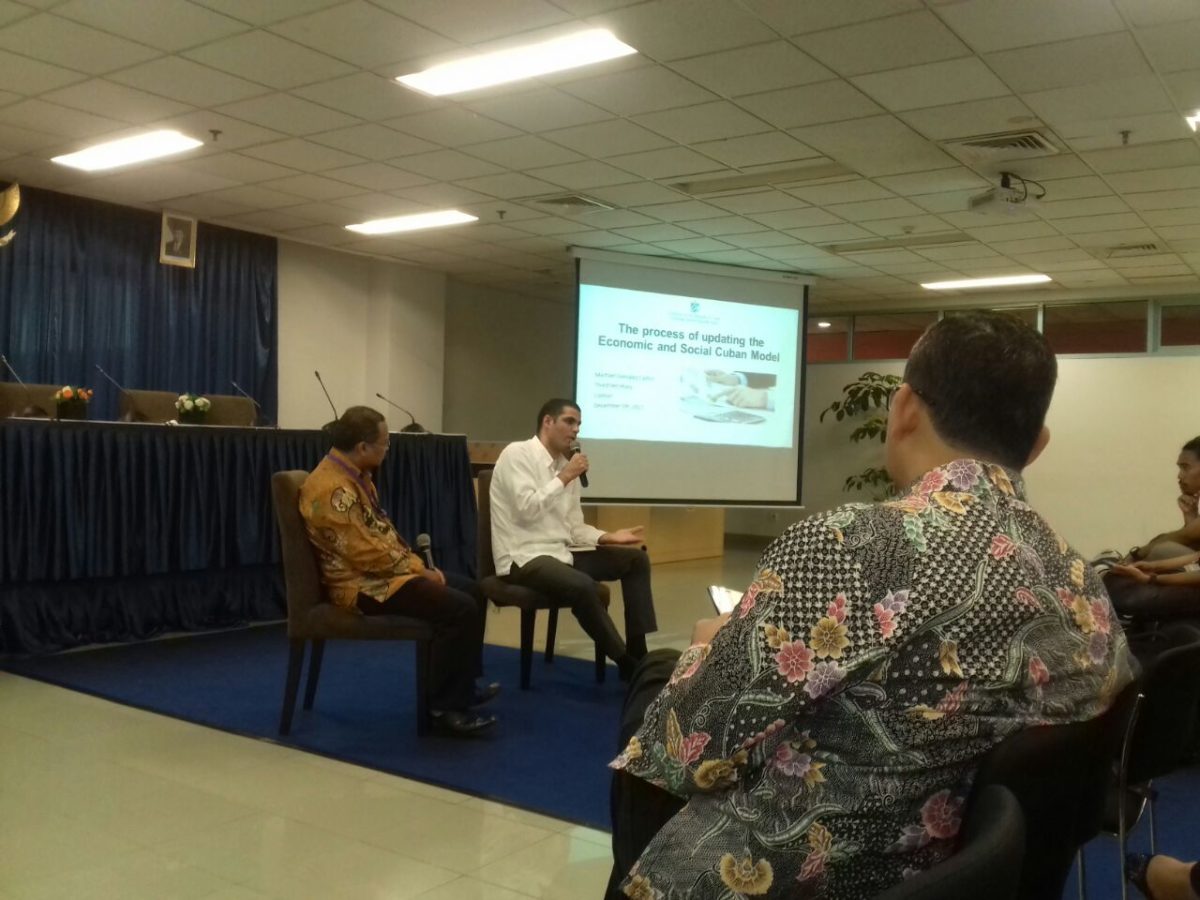 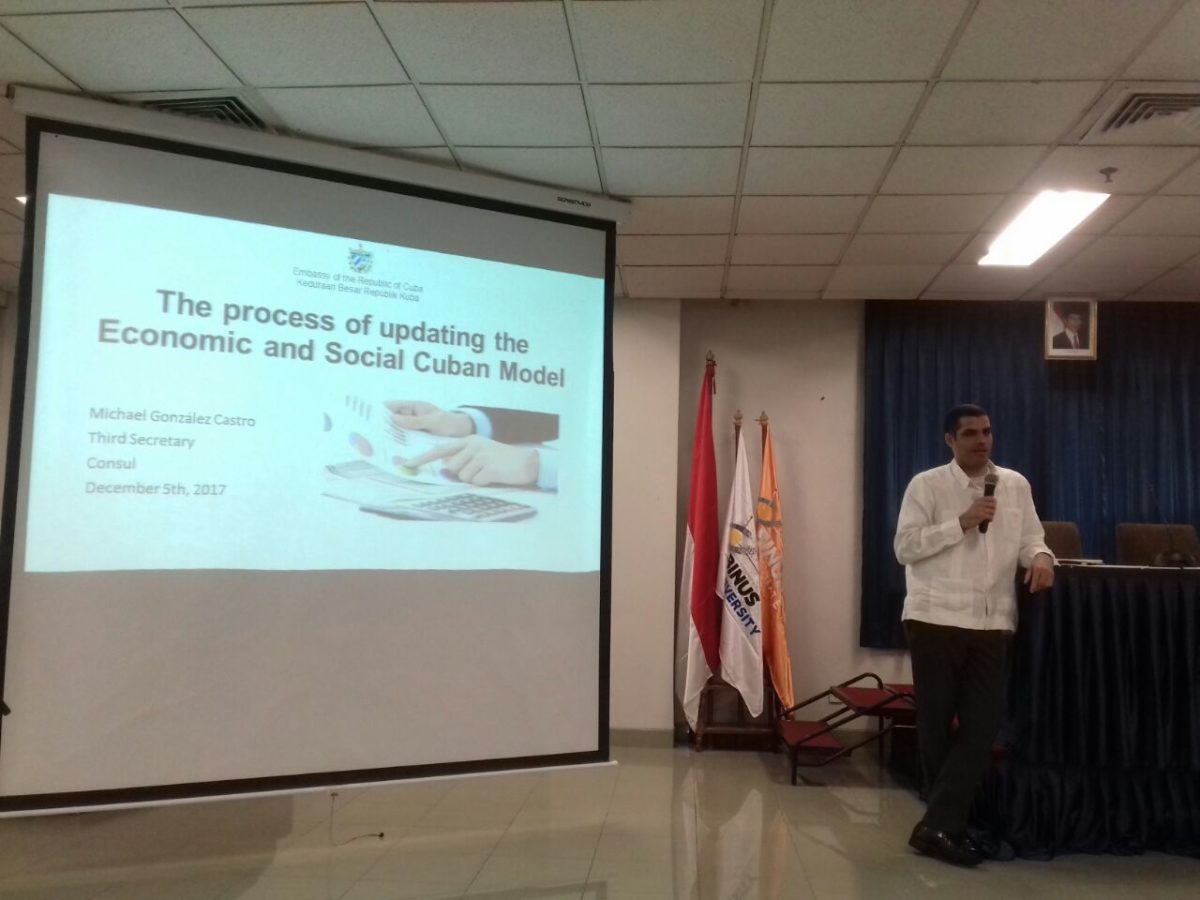 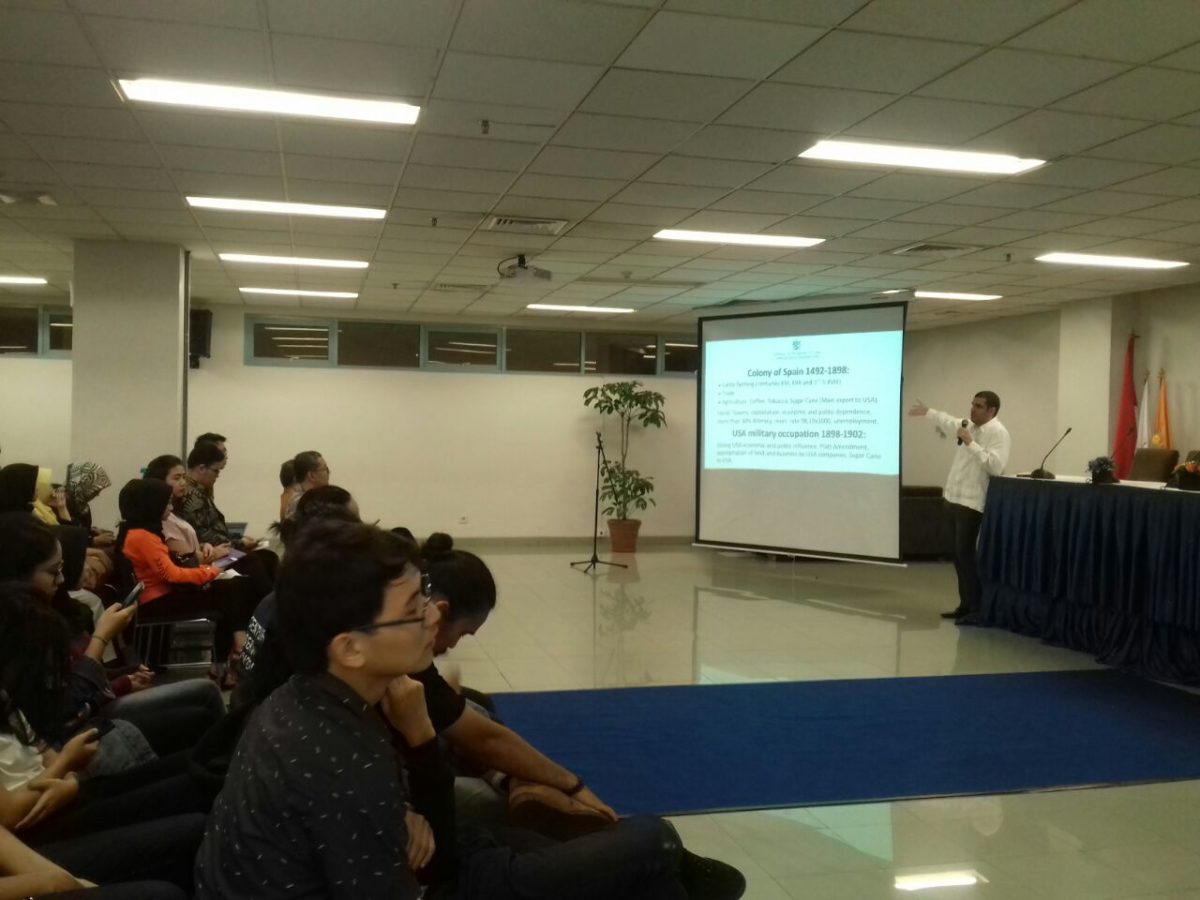 On 20th March 2018, with the theme ’’The Process of Updating the Economic and Social Cuban Model’’ in the realm of economy, politics, and military was held in Binus University and took place at 8th floor in 800th room Anggrek Campus from 09:00-12:00. The lead speech was held by Cuban representative and Third Secretary Michael Gonzalez Castro.

The event addresses various topics, among them was Cuban history from its beginning to the present times, the history of Cuban presidents with their background and a little bit of their biography, the situation between the first years of Cuban independence and during Castro’s reign, the vision and mission of the revolution in Cuba, the effects of the fall of USSR to Cuban economy and social aspects, and last the adjustment of transition process of post-Cold War and is called the ’’Transformation Process’’ and the financial crisis that struck Cuban economy. 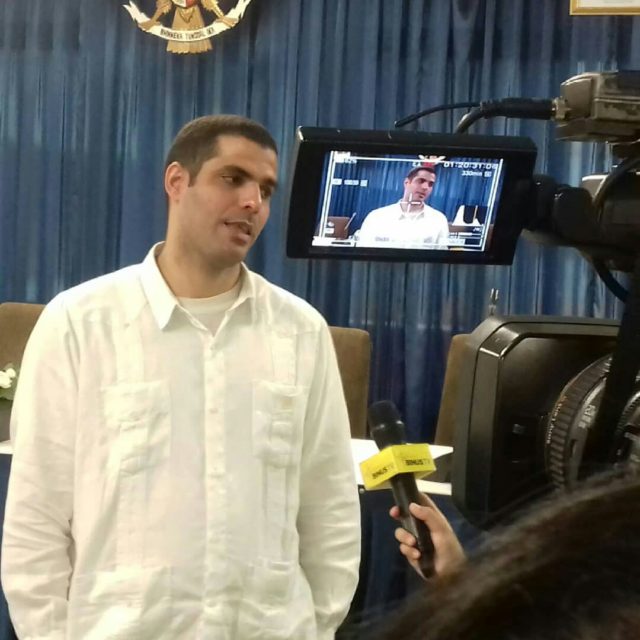 Each topic was highlighted in great detail to the audience, and gives a glimpse how the system in Cuba works during the revolution, post-Cold War and recent times. It explained from the beginning of independence that Cuba is an important trade and source of sugar, and coffee for the West and Asia. It had been a commercial reciprocity during the Spanish colonial occupation. It had endured much with the influence from the United States for political and economic purposes which had been occupying Cuba since the end of Spanish-American wars in 1898; however in 1933, Cuba had good policies for its citizens and economy starting from women are allowed to work, nationalization, workday at 8 hours, lower tariffs for electricity and gas. Mr. Gonzalez also explained the situation regarding the domination of government Mendieta-Caffery-Batista, which Mendieta is the General of the Army at the time, Caffery as the Ambassador of Cuba to the United States and Batista a Colonel in the Cuban Army at the time rose to power through coup d’état in 1952 and overthrew the provisional government of Quesada. During the time of Batista, the situation of Cuban people was dire in need of hope, in 1959, there was 85% no water for homes, 44% of the population does not have access to school and only 22% from 65% of population have doctors, and only 62% beds for hospitals; furthermore, there are only 1 hospital for each rural district. Gonzalez explained during the revolution, it removed all kinds of US dependencies, improved the economy and economic situation of Cuba, President Castro enacts reform land law, Cuba freed from illiteracy in 1961, free healthcare and education, reductions of electricity cost and rent, economic relations with the USSR started, and adopted the Socialist model. After which it was adopted, Cuba held only one trade partner which is the USSR, during the collapse of the USSR. Cuba lost more than 70% of income, 75% of its GDP, imports reduced, increased transportation cost, lack of resources, and shortages. During the time of economic downturn, the President of Cuba enacted a transformation process to lure investments to the country. It opened for foreign trade, investments, and mixed enterprises, it uphold food sufficiency by using organic agriculture, development of bio-technology, tourism, reinsertion to the international market, free and universal of healthcare and education, increase in expenditure of social programs, maintaining salary, increase 80% of medicine production, development of 2 currencies. The speaker highlighted in detail that the country at the time of transformation experienced strengthen of the economy but also financial blockades from the US. It made Cuba to strengthen its institution domestically, reorganizing the state and government to adapt and adjusting to the available resources, this caused a prioritize of growth and diversification of exports and the substitution of import; also agricultural transformation, it developed self-employment, research on stopping de-capitalization resulted in local development which made a comeback to the one currency, the innovation it upheld resulted in technological advancement; and industrial concentration. Furthermore, as of during the talk show 80% of the people are committed to democracy, he spoke.

At the end of the talk show, Mr. Gonzalez shows and concluded that his country is not overall authoritarian despite its communist system. Its country endured much democratic freedom as some democratic countries do, but Cuba does not allow campaigns to be held as it is the will of the people to choose and not by persuasion. Furthermore, as of now Cuba is one of the leading medical expert in many categories and areas of medicine. Cuba also upheld the most respective school of medication and to be a doctor, he said to the audience there are some Indonesians who are also studying medicals there.