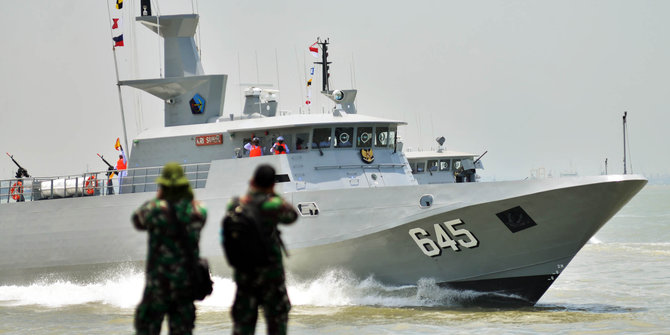 Based on the geographical, Indonesia is the largest archipelagic state, located between two oceans (Pacific Ocean and Indies Ocean) and two continents (Asia continent and Australia continent). According to the data from CIA, Indonesia has 1,904,569 Km2 total area that consist of 1,811,569 Km2 land area and 93,000 Km2 water area, meanwhile Indonesia has 54,716 Km2 coastline with maritime claims measured from claimed archipelagic straight baselines territorial sea 12 miles and exclusive economic zone 200 miles. As an archipelagic state, this strategic location caused Indonesia facing many dispute and threat from neighboring states around Indonesian Archipelagic Sea Lanes (Alur Laut Kepulauan Indonesia (ALKI)). Indonesian Archipelagic Sea Lanes itself is a sea lanes that traversed by ships or foreign aircraft above the groove, to implement shipping and aviation in the normal mode solely for transit continuous, direct, and as soon as possible and not be deterred by or on over the archipelagic waters and the adjacent territorial sea between one part of the high seas or the Indonesian exclusive economic zone and on the high seas or other Indonesian Exclusive Economic Zone (EEZ). 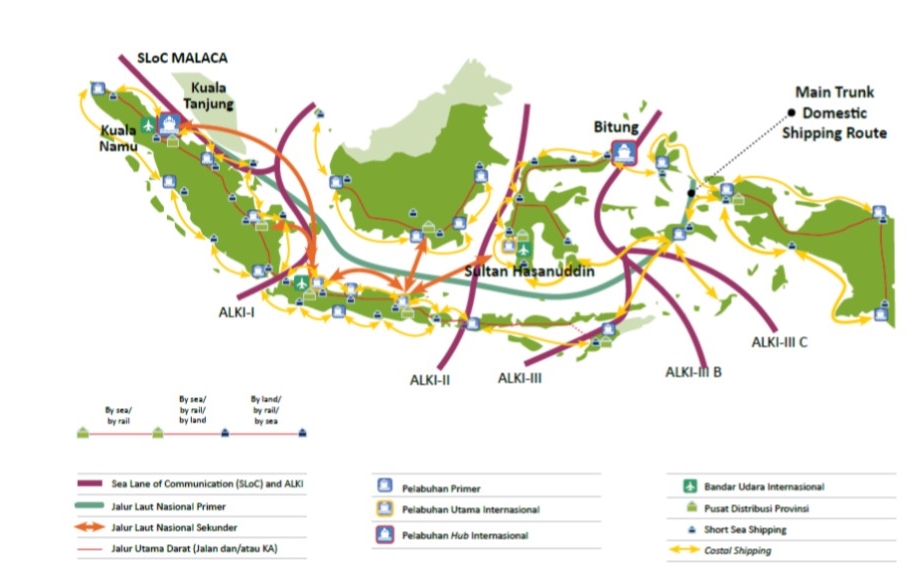 Each ALKI have a potential threat that consider relevant and need the seriousness coordination.However, from all of Indonesian Archipelagic Sea Lanes, the location of most risk to Indonesia is the ALKI I because it is often experience the conflict. South China Sea became concern to Indonesia because the Indonesian navy has multiple times facing Chinese fishing vessels trawling within the 200-miles Exclusive Economic Zone surrounding the Natuna Islands. Indonesia navy also has multiple times facing Chinese People’s Liberation Army Navy (PLAN) in Indonesia’s water territorial. Though Indonesia is not officially a claimant in the South China Sea disputes, China’s nine-dash line overlaps with the exclusive economic zone (EEZ) around the Natunas. By this issue, I will concern to explain the threat from maritime.

The Rise of China

In the last 30 years, China’s economic growth rapidly and it makes China become one of powerful economic country in the world. From World Bank data, in 2015, the GDP of China is USD 11,008 Trillion and this rapid growth of economic is an asset to build a military power. According to data from SIPRI, in 2015, military expenditure by China as a share of GDP is 1.9% so from the data, the China’s military expenditure in 2015 is USD 214,475 Million. China armed forces or also known as People’s Liberation Army (PLA) consists of four services: the PLA Army (PLAA), the PLA Navy (PLAN), the PLA Air Force (PLAAF), and the PLA Rocket Force (PLARF).

The PLA Navy (PLAN) is China’s mainstay for operations at sea, and is responsible for safeguarding its maritime security and maintaining its sovereignty over its territorial seas along with its maritime rights and interests. The PLAN is composed of the submarine, surface vessel, naval aviation, marine corps and coastal defense arms. In line with the requirements of its offshore defense strategy, the PLAN endeavors to accelerate the modernization of its forces for comprehensive offshore operations, develop advanced submarines, destroyers and frigates, and improve integrated electronic and information systems. Furthermore, it develops blue-water capabilities of conducting mobile operations, carrying out international cooperation, and countering non-traditional security threats, and enhances its capabilities of strategic deterrence and counterattack.

A Doctrine of Defense

Indonesia has a doctrine of defense that contain in the Indonesia Defense White Paper. This doctrine is a guide for Indonesian armed forces to create a strategy. Indonesia’s defense is arranged in a total defense system in order to achieve national goals that list in preamble of 1945 Constitution of the Republic of Indonesia. A total defense implies the involvement of all the people and all the national resources, national infrastructure, as well as the entire territory of the country as whole defense complete and comprehensive. Total defense system is established to integrate military defense and non-military defense, through efforts to build strength and national defense capability that is strong and respected and has a high deterrent power.

First, Indonesia should increase defense budget from below 1% to 2% as share of GDP so the military can reach Minimum Essential Force (MEF) and have a funds to modernization defense equipment or ALUTSISTA. Second, Indonesia should reform its navy ALUTSISTA that had function only for coastal guard to ALUTSISTA that had function to operate in the open oceans near surrounding territorial. Last not least, third is increasing the number of fleet from two fleets into several that deploy in some points. The places that I consider potential to become a fleet is Jakarta, Surabaya, Riau Islands, South Sulawesi, and North Sulawesi.

Parameswaran, P. (2016). The Natunas: Why Is Indonesia Developing A South China Sea Flashpoint?. The Diplomat. Retrieved 25 January 2017, from http://thediplomat.com/2016/08/the-natunas-why-is-indonesia-developing-a-south-china-sea-flashpoint/

SIPRI Military Expenditure Database: Military expenditure by country as a share of GDP. Retrieved from https://www.sipri.org/sites/default/files/Milex-GDP-share.pdf