17 Apr 2019
Bandung – On April 10th, Rizky Novanto, a 6th Semester student of Global Class Program of International Relations Department, Binus University, won Padjajaran Model United Nations, In Bandung, that was conducted on 7 to 10 of April 2019 . Rizky got the most outstanding delegate in the African Union council. Rizky represented Mali and raise the topic of ethnic tension in this event. Padjajaran MUN had around 150 participants, from 48 institutions. 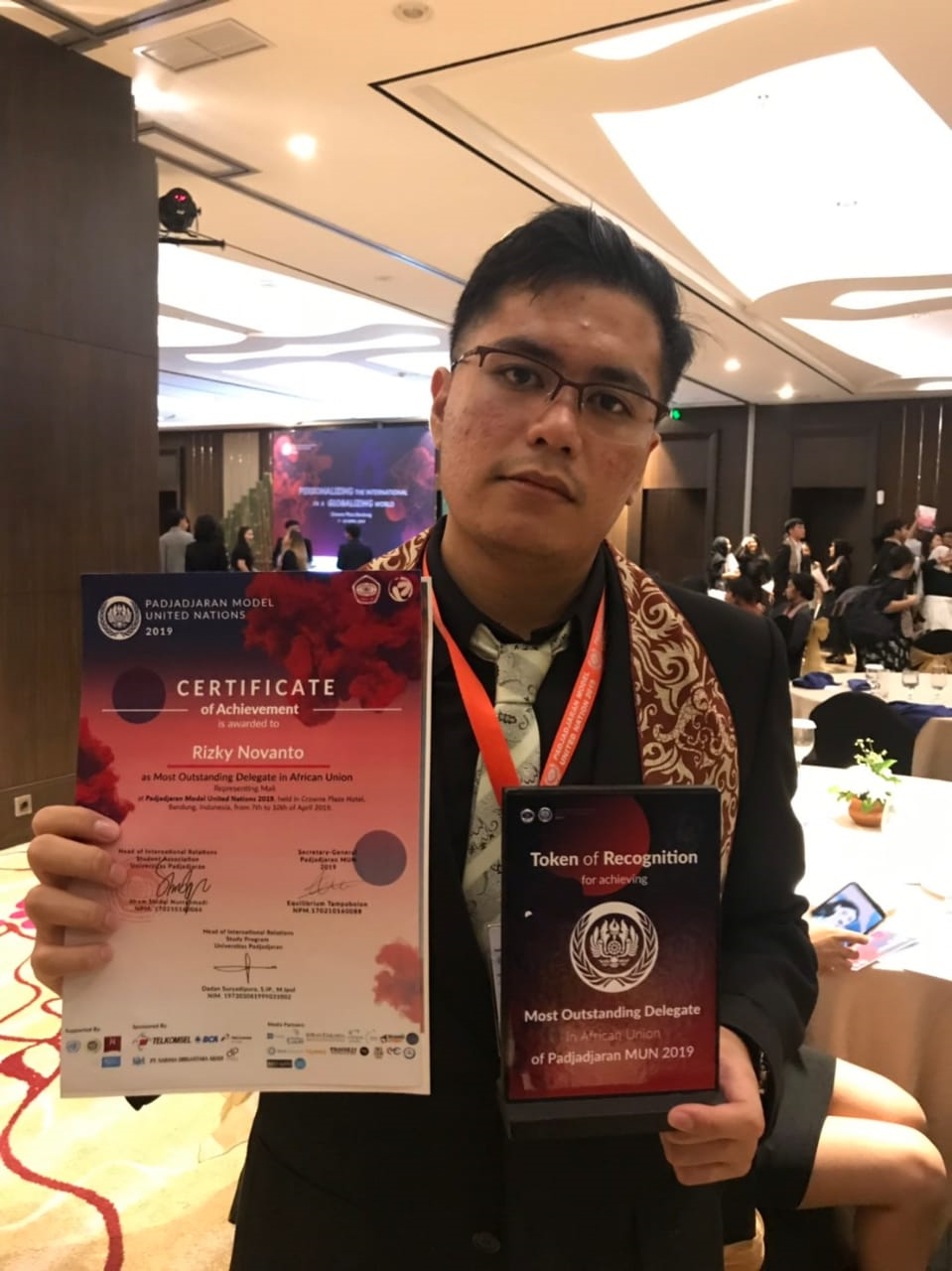 Padjajaran Model United Nations 2019 is a prestigious MUN that has been known not just for its quality in topic and debate, but also its focus on personal development. Being known as one of the hardest MUN in Indonesia and with the participant that comes from all around and outside of Indonesia.

Model United Nations is a United Nations simulation competition where participant roleplay as a delegate representing a country or an institution in a council. Delegate are expected to solve today’s problem within the interest of what they are representing in a diplomatic manner. Some MUN may have a twist where participant may roleplay as a journalist representing certain popular media in which they are expected to write articles that fits within the media’s main agenda.
MUN is aimed to improves student skill and quality. As it involves speaking, debating, writing, critical thinking, teamwork, and leadership abilities. Delegates must engage, adapt, lead and to work with other delegate to create a win – win situation that benefits everyone or might even just themselves.