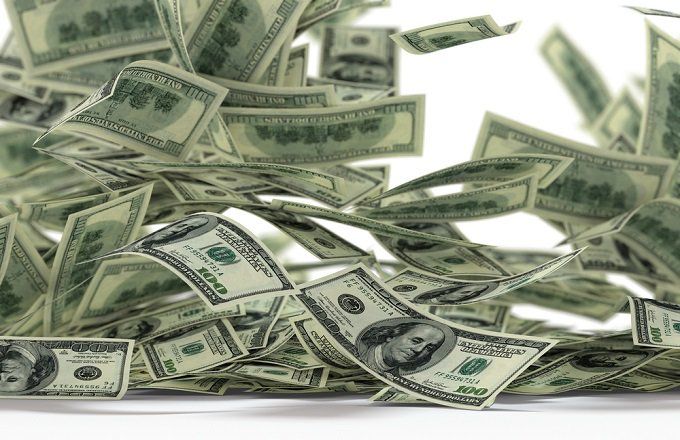 The capitalist system is no stranger to crises. Marxist crisis theorists usually agree at the fundamental level that capitalism produces two types of crises: one is periodic recession produced by the business cycle, which are usually resolved in a relatively short period; the second is a rather long-lasting crises that requires a severe institutional restructuring (Kotz, Marxist Crisis Theory and the Severity of the Current Economic Crisis, 2009). Policy makers have somewhat created tools with high rate of efficiency in dealing with the first type of crisis. However for the second type, there seems to be a divergence in terms the efficiency and affectivity in which policy makers took action in comparison to the first type.

It can be said that the causes of the first type of crises are pretty much self-explanatory. The causes of the second one however have been a source of debate. One position explains the origin of the severe structural crisis through examination of the Social Structure of Accumulation [SSA] (Kotz, Marxist Crisis Theory and the Severity of the Current Economic Crisis, 2009). The main idea behind the SSA school of thought is that within a single countries as well as global capitalism as a whole there exists a relatively resistant form of institutional structure that could be identified, lasting for at least several decades(Gordon, Edwards, & Reich, 1982). These SSAs are coherent set of institutional structures that promotes the activity of capital accumulation. In the end of its tenure however, the SSA would eventually crumble due to its own growing contradiction which would result in the severe structural crises.

If we were to frame the financial crisis of 2007-2008 as a severe structural crisis, then we first need to examine the type of institutions within the collapsing SSA as well as its nature and contradictions. Generally speaking, although each SSA is historically specific, there exists a general distinction that could be drawn upon examination. In this regard, SSAs could be split into two general categories: liberal and regulated (Kotz, Neoliberalism and the Social Structure of Accumulation Theory of Long-Run Capital Accumulation, 2003). Liberal institutional structure has the characteristics of minimum government regulation; capital domination of workplace; unrestrained competition; and free market ideological domination. On the other hand, regulated institutional structure has the complete opposite characteristics (Kotz, Marxist Crisis Theory and the Severity of the Current Economic Crisis, 2009).

Some positions have proposed that Neoliberalism gave rise to the liberal institutional structure, which in turn was characterized by highly financialized capitalism (Kotz, Marxist Crisis Theory and the Severity of the Current Economic Crisis, 2009; Peet, 2011; McNally, 2009; Lapavitsas, 2009). Looking at the issue on historical background, neoliberalism was born [or reborn] out of the stagflation that took place at the end of the “Keynesianism” period. Indeed, the late 1970s have been argued to witness the mediocrity of accumulation in real economy but the opposite can be said towards the financial system (Lapavitsas, 2009). The decrease of intervention on the macroeconomic front coupled with the re-intensified intervention towards the side of financial capital opened a way for the newly reemerging super wealthy financial capitalist (Peet, 2011). In this regards, the rise of neoliberalism ideology allowed for the creation of a liberal SSA that ended up spreading all over the globe.

This SSA that was born out of the reemergence of Neoliberalism broke down into a crisis within three developmets: 1) Growing Inequality; 2) Emergence of large asset bubble; and 3) Financial sector that became increasingly speculative (Kotz, Marxist Crisis Theory and the Severity of the Current Economic Crisis, 2009). The disturbing thing about the current [global] economic system is that growth has been seen as the ideological barometer in which wellbeing is gauged. However, it is completely in the realm of possibility that growth took place side by side with a continuously growing inequality (Peet, 2011). Eighty percent of the global income goes to the rich countries, and of those 80 percent, 50 percent goes to the 20 percent of the highest income. The bottom 20 percent of the rich country only acquired 5-9 percent of those (World Bank, 2010; Peet, 2011). At the year 2000, inequality between households hasreached a level unprecedented since 1929 (Kotz, The Financial and Economic Crisis of 2008: A Systemic Crisis of Neoliberal Capitalism, 2009).

The collapse and its following crisis were made worse by the speculative and risk seeking behavior of the financial sector which marked the third development in the collapse. The mass speculation conducted by the financial sector indeed halted the realization crisis for a short period (Kotz, Marxist Crisis Theory and the Severity of the Current Economic Crisis, 2009). Speculative lending allowed for the bubble to grow as it gave people the means to jump into the whole housing frenzy. As the ultimate source of the bubble and all the speculations was the workers, the eventual crash showed the pathetic foundation of the whole system; a superstructure of debt that undermined the liquidity and solvency of itself (Lapavitsas, 2009).

The third development is the most intriguing and critical. I argue that this have at the very least two points which highlights the destructive nature of financialization of capitalism. The first is that it showed that finance capitalism is inherently a tool in which the super-rich gains more profit through the dramatic increase in stock prices (Peet, 2011). When the amount of capital accumulated by the richest 1 percent far exceeds the requirement for productive investment, to further gain profit, speculation is necessary. With high demands for higher and quicker returns, investment funds are forced to take even greater [more often than not unnecessary] risk in an extremely competitive market. This was shown with the enormous amount that went into the housing market related security and derivatives which eventually brought an end onto itself in a catastrophic manner.

The second point, taking from the argument of Costas Lapavitsas, the mixture of financial expropriation and investment banking that financialization produced, is a lethal mixture (Lapavitsas, 2009). The fundamental idea here is that throughout the years, banks have altered their behavior as firms rely less and less on them for the means of acquiring capital. The changes in their behaviors are twofold: first, they turn to individual incomes for profit; second they started to gain functions of investment banking. The mixture of the two is lethal as the process that allowed commercial banks to borrow on a short term and lend of a long term is disrupted. Financial expropriation would allow the commercial bank’s assets to be illiquid. The solution for this was securitization. This eventually led to a giant speculative behavior as banks shifted their asset on and off the balance sheet, thinking that the housing market never fails.

Both points highlighted how speculation is an inherent aspect of finance capitalism. An incarnation that was born out of an ideology that somehow legitimized the means for creating inequality, it successfully displayed how inequality is not merely unethical, it is also extremely dangerous (Peet, 2011). At the same time, it displayed the undemocratic nature of capitalism and how deregulation [or in some discourses the “liberalization”] of the market could lead to a catastrophic consequence. Out of the discussion above, it can be safely argued that the crisis was not accident; rather it was the result of a failing structure and system.

This discourse offers a brief discussion on the financial crisis of 2007-2008. This discourse argues that the financial crisis was the consequence of the latest incarnation of capitalism that is prevalent under the neoliberal ideology and institution: Finance Capitalism. The transition towards finance capitalism has made what has inherently been an unstable economic system – capitalism – into an even more catastrophically unstable system due to inequality and its following consequences. In this regards, the crisis would then be argued as something that is inherently inevitable within the framework of the system due to its contradictory nature.

The Financial Crisis of 2007-2008 was nothing short of a catastrophic shock. The crisis has made one of the greatest [if not the greatest] global economic slump ever since the 1930s Great Depression (Smith, 2010). This catastrophe can be portrayed as evidence that capitalism has reached its historical limit with its continuously growing contradiction and its consequent crises. The question that risen in the examination of the subject has been questions on the matter of “how” and “why” both on a traditional, institution-preserving front as well as on the more critical front. But the most important that could be raised most probably is on the matter of “when.” If indeed capitalism is ridden with crises, then a severe structural crisis is always looming in each corner. The question of when the next one will hit would probably the most significant of all.

Putting it in the context of the Financial Crisis, a severe structural crisis had taken place. The Neoliberal ideology and institutional structure which have given birth to the finance capitalism after standing for roughly two decades have fallen under its own contradiction. What was legitimized as the best possible form of economic structure for the time had given birth to inequality to large and apparent that it brought demise to the very system that legitimized and normalized it. What we could learn from the atrocity and consequences of neoliberalism’s finance capitalism – those are the orgy of speculation and incessant quest for further accumulation – is that inequality is not merely unethical; it is also extremely dangerous (Peet, 2011).

To put it in another words, the Financial Crisis of 2007-2008 was inherently brought by the inequality within the system. This inequality has several consequences that affected the very mechanism in which the system ran itself on. The failure of the mechanism then caused the system to implode, displaying the contradiction that was born with it.

Kotz, D. M. (2009). The Financial and Economic Crisis of 2008: A Systemic Crisis of Neoliberal Capitalism. Review of Radical Political Economics.