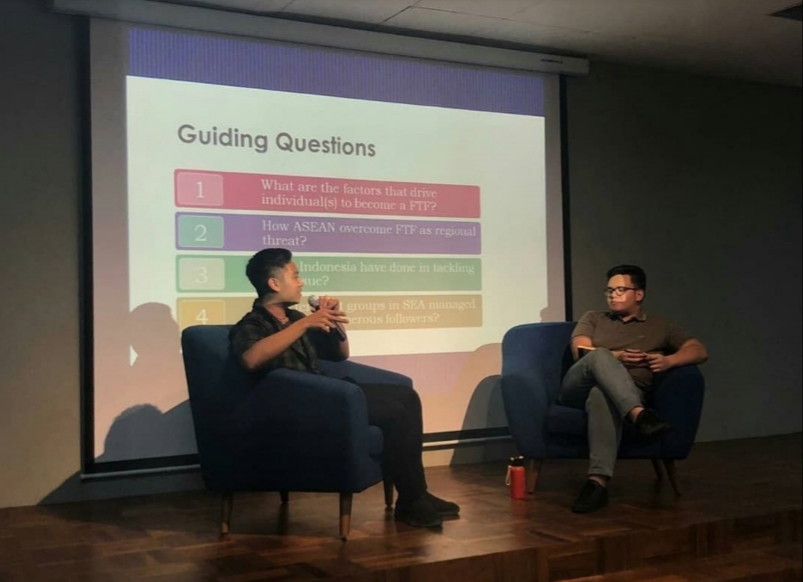 Furthermore, Arvin delivered a discussion material on security issues, especially on themes related to terrorism in Indonesia and in Southeast Asia. At the beginning of the delivery of material, Arvin threw a question to the audience about “what is the definition of terrorism”. The audience was very enthusiastic by giving various interesting answers related to the definition of terrorism.

Arvin also explained the term of FTF, and also the cases that occurred in Southeast Asia. According to the United Nations Security Council resolution 2178, the FTF is “individuals who travel to a State other than their States of residence or nationality for the purpose of the preparation, planning, or preparation of, or participation in, terrorist acts or the providing or receiving of terrorist training, including in connection with armed conflict.” Arvin also stressed that the FTF is a problem not only to the target states, but also to countries where fighters might be returned.

Arvin then explained that until now there was no certain definition of terrorism, but there were three criteria that could be the basis for interpreting terrorism itself. The first criteria is ‘use of violence’, the second is ‘creating climate of fear’, and the last is ‘ideological or political obective’. Referring to the three criteria above, it can be drawn the understanding that terrorism is a ‘systematic use of violence to create a general climate of fear in a population and thus to bring about a particular political objective’. 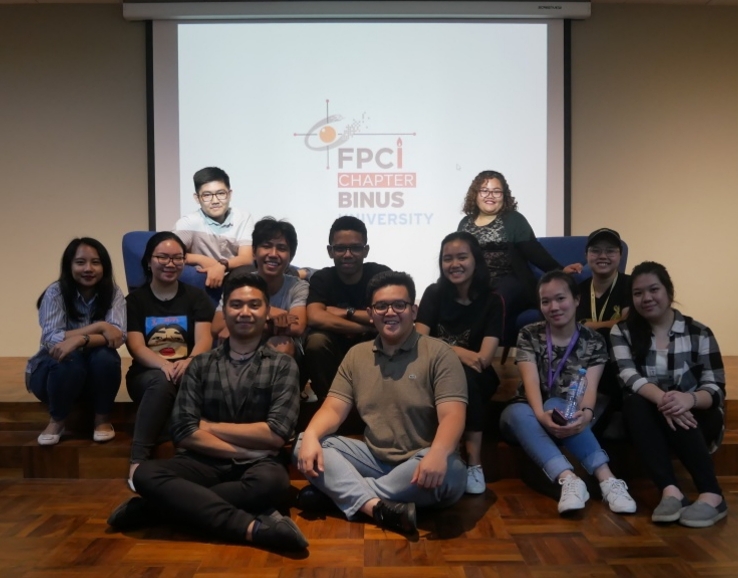 At the end of the material, Arvin conveyed several methods that can be used in countering FTF threats, including tightening border security, enhancing law enforcement and intelligence capabilities, and counter-radicalization and violent extremism. In addition, he gave examples of cooperation that had been carried out by ASEAN such as cooperation among counter-terrorism, intelligence and law enforcement agencies in SEA, SOMTC and AMMTC, and ASEAN Plan of Action to Prevent and Counter the Rise of Radicalization and Violent Extremism ( ASEAN PoA P / CVE) 2018-2025. The FPD then ended with a question and answer session which involved all members.