IR Binus Goes to Taiwan! Back to the Roots: Visiting the Indonesia Economic and Trade Office to Taipei (KDEI) and Indonesia Diaspora Network in Taiwan

To conclude the IR Binus Immersion Program 2019, on our last day, we visited the Indonesia Economic and Trade Office to Taipei (KDEI). We had a meeting with representatives of the Indonesia Diaspora Network (IDN) in Taiwan. KDEI is the representative office of Indonesia in Taiwan, functioning as a de facto embassy in the absence of diplomatic relations (due to Indonesia’s current One-China Policy stance). We were welcomed by the Deputy of KDEI, Mr. Teddy Surachmat, and the Director of the Indonesian Citizens Protection and Social Cultural Department, Mr. Fajar Nuradi. Also present was the coordinator of Indonesia Diaspora Network in Taiwan, Mr. Hanas Subakti, and some members of the organization. 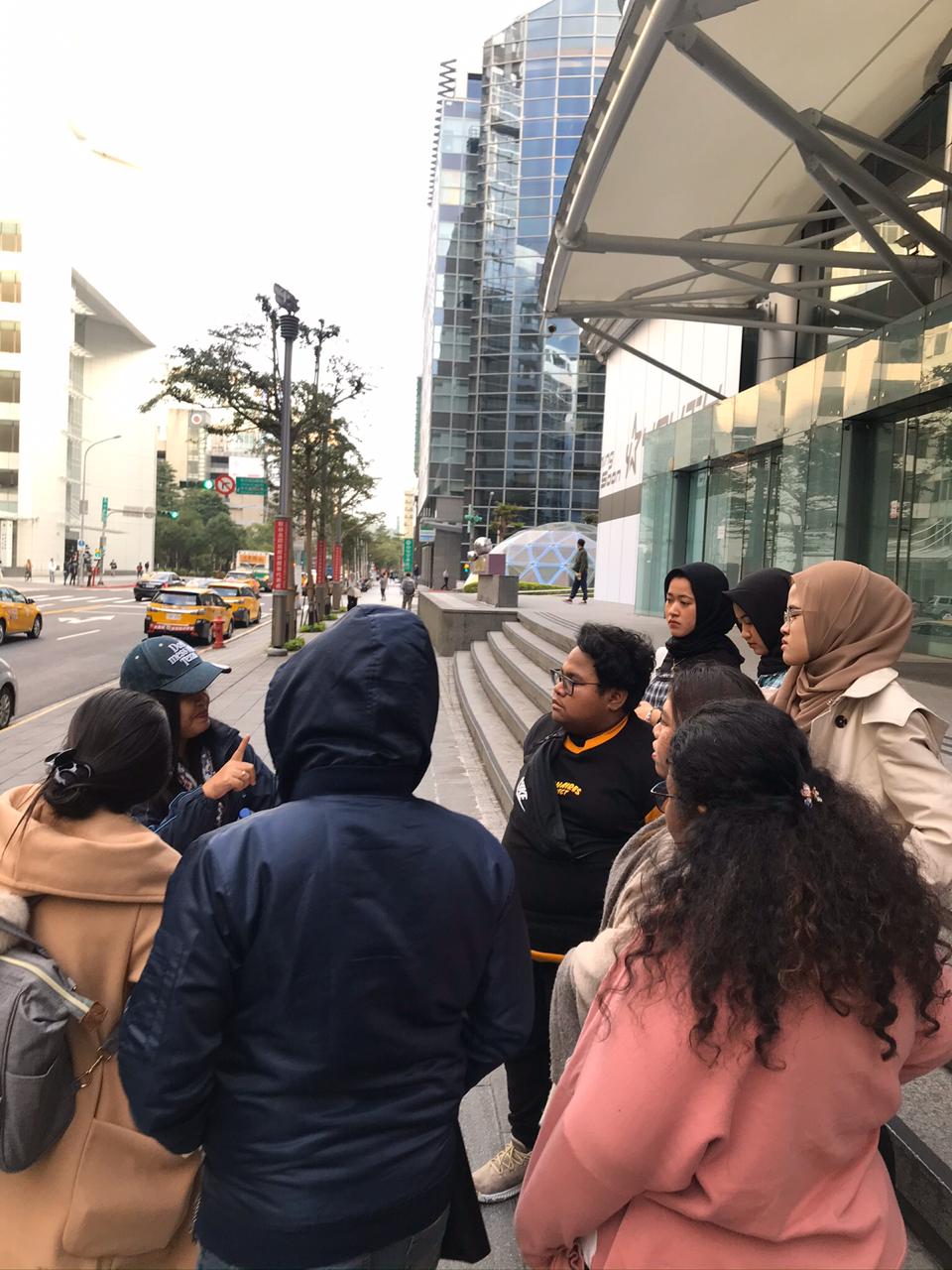 We had a sharing session led by Mr. Teddy Surachmat and Mr. Hanas Subakti, primarily discussing the relations between Indonesia and Taiwan in many different contexts as well as the life of the Indonesian diaspora in Taiwan. Some students asked critical questions about the role of KDEI and IDN in protecting Indonesian citizens in Taiwan, given the vast population currently residing in the country. Furthermore, as participants had learned about the New Southbound Policy and the current political situation in Taiwan, some of them asked essential questions about how those issues could impact Indonesia-Taiwan relations. The discussion went very well, with some participants continued their conversation after the formal session was over.