Taiwan’s presidential election is just around the corner and the entire world is watching this highly contested democratic event that will determine not only Taiwan’s domestic politics but also foreign affairs direction. While the presidential debates mainly covered the future of cross-Strait relations with Beijing, little attention is given to Taiwan’s relations with countries in Southeast Asia. How will the result of the presidential election affect Taiwan’s engagement with Southeast Asian countries?

Taiwan has taken a close interest in cultivating international support in Southeast Asia due to its strategic proximity and because Southeast Asia is home to the most significant number of Taiwan’s transnational diplomacy recipient countries. Even though Taipei has limited formal diplomatic manoeuvers in this region due to the One China Policy, Taiwan plays a substantial role in maintaining regional economic and human resources development. Similarly, Southeast Asian countries also contribute to fuel Taiwan’s rapid economic growth and fill Taiwan’s domestic labour shortage.

As the proponent of ‘Going South’ policy, Tsai Ing-wen plans to implement the second iteration of the New Southbound Policy that aims at increasing people-to-people diplomacy with Southeast Asian countries and reducing Taiwan’s reliance on China. The Democratic Progressive Party (DPP) intends to double the number of transnational exchanges between Taiwan and Southeast Asia if President Tsai is re-elected for the second term. This proposed policy might have various impacts on Taiwan’s engagement with Southeast Asia.

First, Taiwan will likely increase economic ties with countries in Southeast Asia via its network of businesspeople. These groups have maintained an enduring role as Taipei’s foreign policy frontline in the region. According to the ASEAN Investment Report published in 2018, Taiwan was one of the ten most significant investors in Cambodia, Myanmar, Lao PDR and Vietnam. Taiwan’s commitment to bring economic prosperity in the region is also evident through numerous infrastructure projects signed with countries such as Indonesia, Malaysia, the Philippines and Singapore. As a pariah in interstate political and diplomatic relations, Taiwan has played its role in boosting Southeast Asian’s economy.

Second, Taiwan will actively cultivate interest as a separate entity from China, a goal that Taipei wished to achieve from its transnational diplomacy in Southeast Asia. To do so, Taipei has been promoting an image as the most vibrant democracy in the region that embraces the values of freedom and human rights at home and abroad. The Taipei government, for example, assures the practice of beliefs and religion and convenient access to halal foods and restaurants for Southeast Asian workers and students.

Furthermore, Taiwan also appreciates and ensures the freedom of opinion among migrant workers by awarding Migrant Literature Awards for Southeast Asian workers that are actively involved in developing literature and cultural exchanges between the two countries. The awards target not only Southeast Asian workers in Taiwan but also in Hong Kong, Macau, Malaysia and Singapore. In 2018, the Taiwanese government invited two Indonesian migrant workers whom lived in Hong Kong to receive Taiwan’s Migrant Literature Awards. One of the recipients was Yuli Riswati, who was deported in December 2019 by the Hong Kong authority due to her activities in covering news about Hong Kong’s political protests. This award conveys an image of Taiwan that advocates respect to diversity and multiculturalism among multiple sections of society.

Unlike Tsai and the DPP’s eagerness to strengthen transnational ties with Southeast Asian countries, the Kuomintang (KMT) presidential candidate, Han Kuo-yu, has an ambiguous position on cultivating Taiwan’s people-to-people diplomacy in the region. Early in his campaign, Han frequently made statements assaulting Southeast Asian workers, indicating his resistance towards the inflow of migrant workers. It was only after a series of protests raised by the local Taiwanese NGOs and the representative of the Southeast Asian government in Taipei that Han began promoting a promising policy to improve the well-being of migrant workers.

Last but not least, the development of cross-Strait relations will influence Taiwan’s foreign policy orientation in Southeast Asia. The KMT’s plan to maintain closer ties with Beijing gives a possibility for Mayor Han to drop the agenda of the New Southbound Policy in Southeast Asia. Han Kuo-yu might offer an alternative policy to lure support for Taiwan’s inclusion in the Regional Comprehensive Economic Partnership (RCEP). When the former president Ma Ying-jeou, backed by the KMT, was in power, Taiwan successfully signed bilateral Economic Cooperation Agreements (ECA) with New Zealand and Singapore. Han Kuo-yu might follow a similar path to his predecessor, increasing the number of bilateral ECA to capitalise Taiwan’s economic interests in Southeast Asia.

As for Tsai Ing-wen and the DPP, the rising tension across the Taiwan Strait gives even stronger impetus to the continuation of the New Southbound Policy. For example, Beijing’s travel ban on solo-tourists and students to Taiwan has pushed Taipei to increase the number of tourists and students from Southeast Asia. The Taiwanese government offers a favourable policy to these groups under the framework of the New Southbound Policy. The government considers the relationship between Taiwan and Southeast Asia is built from various people-to-people connections. Taipei depends heavily on transnational diplomacy not only for economic reasons but also political and security objectives. 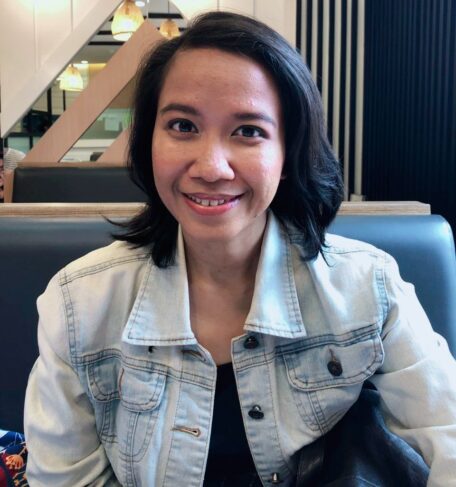