On July 16, 2020, the International Relations Department of Bina Nusantara University held a Public Lecture with the theme “Life as Diplomat amid Covid-19 Pandemic”. The Public Lecture presented speakers from the Polish Embassy to Jakarta, The Honorable Mr. Piotr Firlus, Charges d’Affair of the Embassy of the Republic of Poland in Jakarta. In his session, Mr. Piotr introduced Poland in general as Indonesia’s partner country in various fields. 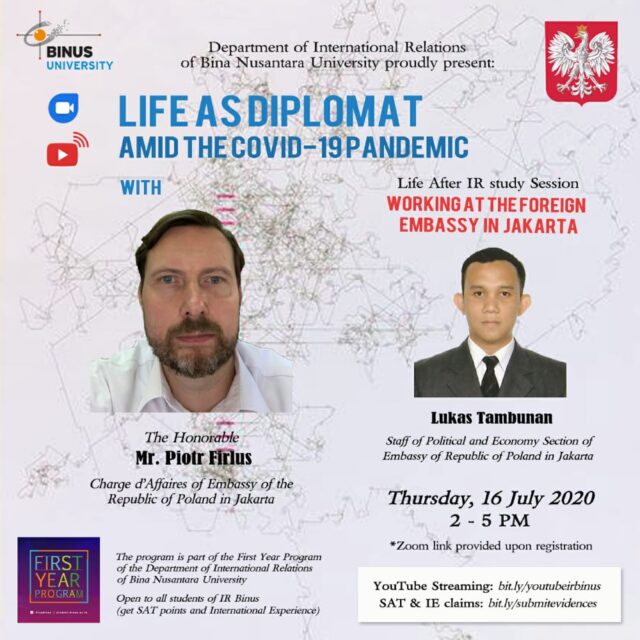 Poland had been a sovereign nation in the 10th century for several hundred years and then disappeared due to the annexation of neighboring countries such as Germany, Russia, and other large countries that are now part of Central Europe. Poland returned to being a sovereign state after World War II, although it had been ruled by the Communist government for decades. But the Solidarność Movement succeeded in freeing Poland from the clutches of Communism in a peaceful revolution; one example of a world-leading revolution without bloodshed to overthrow Communism.

The history of relations between Poland and Indonesia has stretched long after the Second World War with the arrival of the First President of the Republic of Indonesia, Ir. Sukarno, in an atmosphere of independence in post-World War II countries. At that time Indonesian ideology still tended to be oriented towards Socialism, thus it was not difficult to establish good relations with Poland. 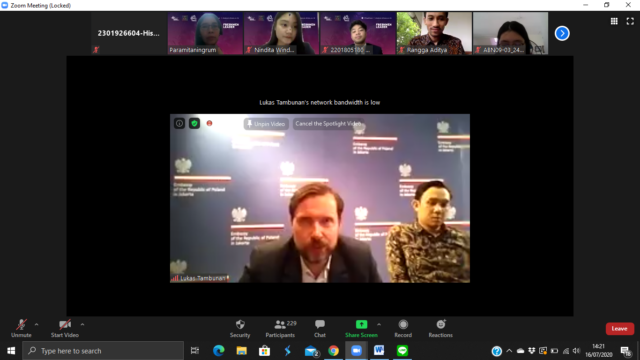 After the peaceful revolution, Poland began a new round of democratization and economic development oriented towards the Western Bloc. Poland joins NATO as a sign of democratization. In 2001, Poland officially joined the European Union and established closer strategic relations with European countries.

Membership in the European Union is slowly making Poland’s living standards rise rapidly, including education standards. Mr. Piotr explained that life in Poland, despite being a member of the European Union, was still relatively cheaper than Jakarta. Including tuition fees and living expenses. At present thousands of Indonesian students are studying in Poland, especially in the field of Natural Sciences. 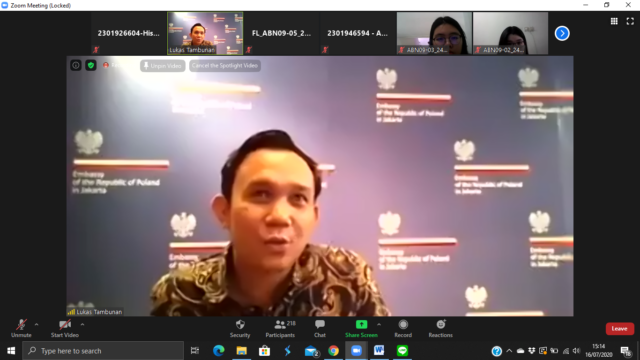 Mr. Lukas also explained various interesting experiences he had while working as a staff at the Polish Embassy. He began his career as a teaching assistant after previously researching Poland, then slowly moving his life towards becoming an employee at the Polish Embassy. Through it, he was often sent to Poland for various state affairs.

One important point emphasized by Mr. Luke if graduates of International Relations want to work at the Embassy or become diplomats are sufficient soft skills, especially organizational and communication experience, as well as the ability to work under pressure and 24-hour readiness to work a day, and manners and carefulness to see the right time to report developments anything to his boss.

The Public Lecture session was closed with a question and answer session with interesting and sharp questions from International Relations students at Bina Nusantara University, including the “social costs” that were sacrificed by Poland in its economic development, similarities and differences between Polish and Indonesian communities which turned out to be very family oriented and can not be separated from smartphones, cybersecurity issues, challenges as diplomats and embassy employees in a pandemic atmosphere, and so on. 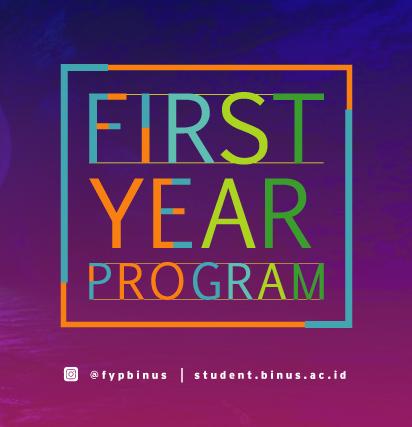