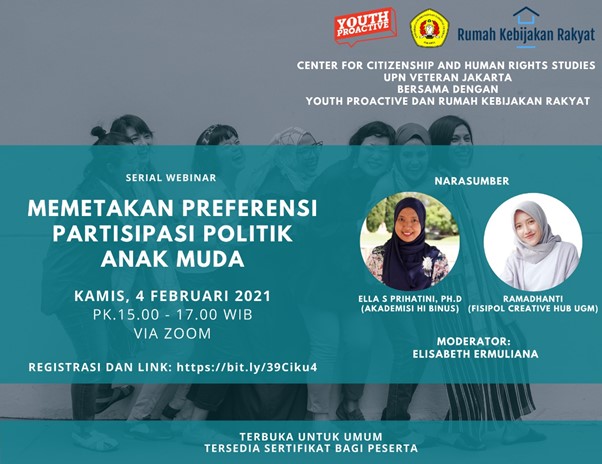 Indonesian young adults, people ranging from 17 to 25 years old, comprised almost 30% of the total voters in the List of Final Voters compiled by Indonesia’s General Election Commission/KPU (Rahmawati, 2014). Having been exposed to a more politically open electoral system following the fall of Suharto’s regime, the group, also known as Generation Y, tends to be change-seeking, better informed, mobile, savvy and connected (Chen & Syailendra, 2014). However, a study by Kompas (2014) suggests young adults in Indonesia are also politically apathetic and less nationalistic where more than 53% considered not casting their vote in the 2014 elections.

A study on Indonesian young voters published in 2018 suggests young voters’ capacity to participate in democracy and to shape the society in future may be limited as respondents display a relatively low accuracy in political knowledge. It also finds a gender gap in political knowledge among male and female participants, although the difference is not too significant. Regarding political preferences in electing a legislative candidate, the vast majority of respondents in this study offer support to male aspirants. They judge men as being more suitable to work as lawmakers by citing some religious justification and based on the assumption that men can work outside the house with a higher degree of freedom compared to women. Most respondents were applying gender stereotypes rather than actual political knowledge in comparing male and female politicians’ capabilities in representing constituents. Conversely, participants who prefer female candidates assert more women need to be in parliament to produce better policies and to ensure women’s and children’s interests are well served. 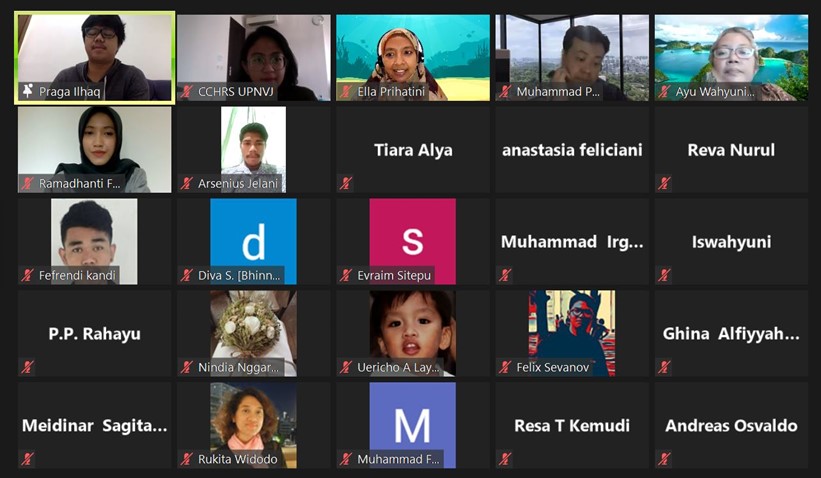 “Indonesian youth should never underestimate their contribution in politics as we need to work together in ensuring decision making processes being inclusive, representative, and transparent,” said Dr Prihatini who is also a Faculty Member in IR Department at Binus University. Her research on young voters indicates the connection between political knowledge and political participation, “Hence, it is important to improve political knowledge in order to increase their participation.”

As the second speaker, Ramadhanty elaborates the challenges for young people to participate in politics. One of the most notable obstacles is ITE Law that limits political expressions in social media platforms.

The recording of the event is made available on YouTube.