Report for Competition’s Participation & Award at the MAINMUN 2021 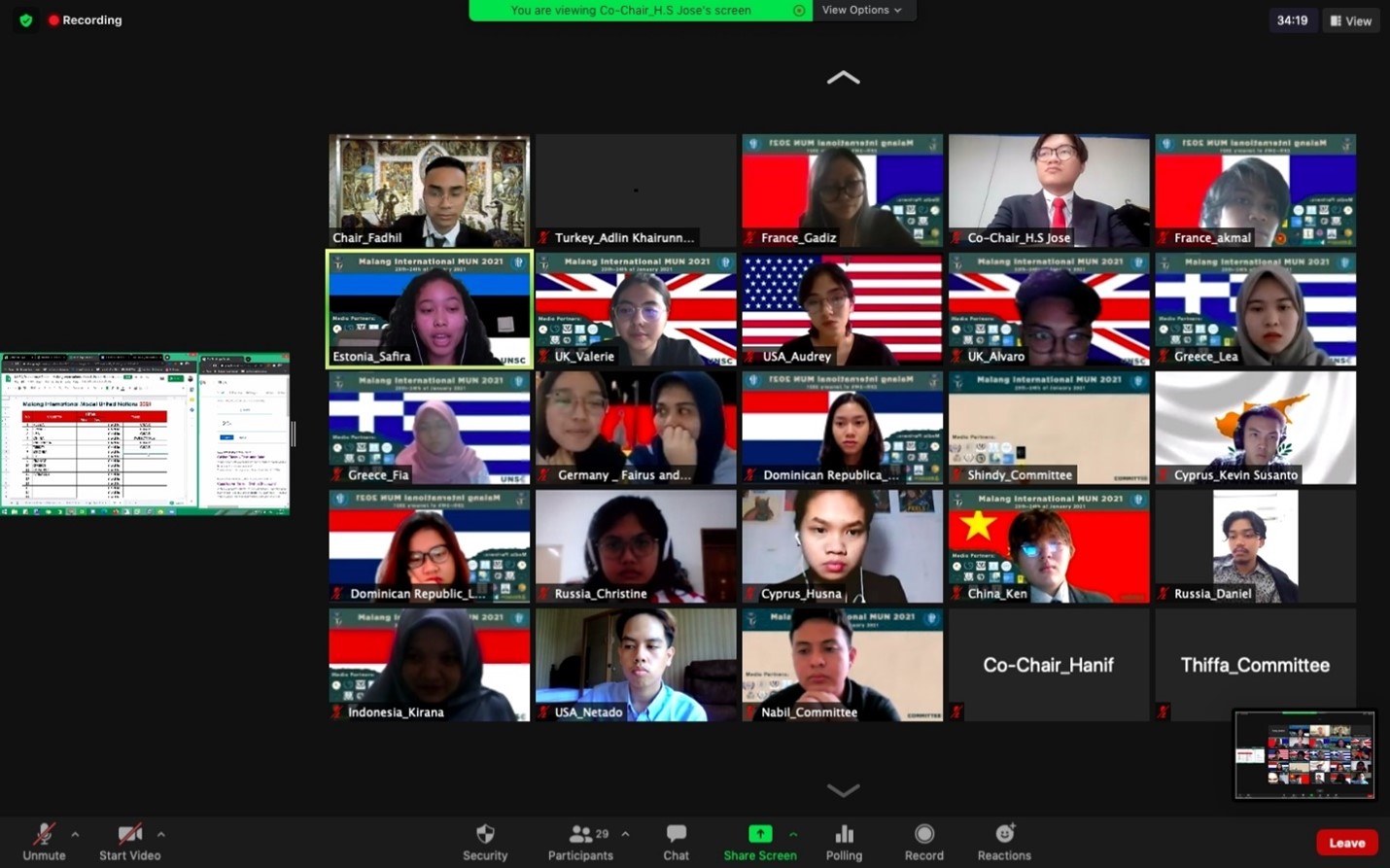 Malang International Model United Nations (MAINMUN) 2021 which is held on January 23rd-24th in precise, has offered opportunity for students to nurture both their hard-skills and soft-skill in an intensive level. The event which is considered to be a new arrival as the official account of the MAINMUN has stated through their Instagram account, also offers an interesting topic and council for potential candidate that has an interest in high-politics such as the UN Security Council that discusses the Cyprus Dispute and the Crisis Council that discusses about the Covid-19 yet hosts the session under the banner of ‘Emergency Special Session General Assembly’.

Here, student[1]  and his partner[2] participate the Security Council and selects the Republic of Cyprus as his main country preference alongside with the United Kingdom and Russian Federations; the council is a double-delegate despite online and candidates here are given a free choice to select his/her partner. As the event progresses and student alongside with his partner here receives the Honorable Mentions[3] award, there are several feedbacks from the Board of Dais[4]. The Board of Dais (BOD) does recognize the substance being delivered at both speech and position paper as concise and remarkable so as the wording which the BOD perceives also as sophisticated, especially that the legal basis of that’s being brought is also utilized precisely; the BODs also praise both student and his partner to have a good teamwork since both is capable to cover up each flaw. Student’s capability here is his formal debate, while he lacks his negotiating skills at which his partner covers it. However, the BOD also provides some criticism regarding the performance of the student as the representative of Cyprus. 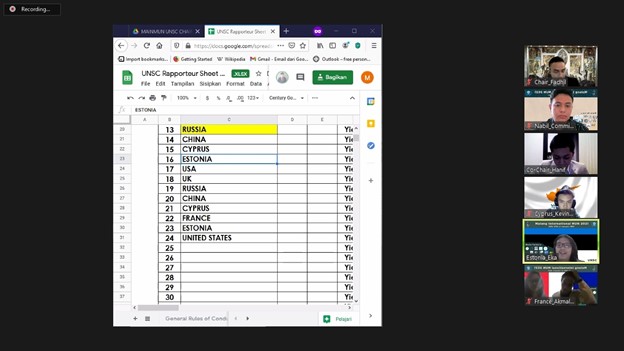 Despite that the BODs recognize the student’s substance to have reached the provision of standard MUN, one of the BODs points out that both student and his partner hasn’t researched a detailed technicality of solution since that both only mentions ‘‘mediation’’ or “CBM[5]” without specific conduct on the field. One of the BODs here also deplores the decision of both student and his partner to incapable to provide a better alternative despite plenty of both his and partner’s criticism substantially is well. 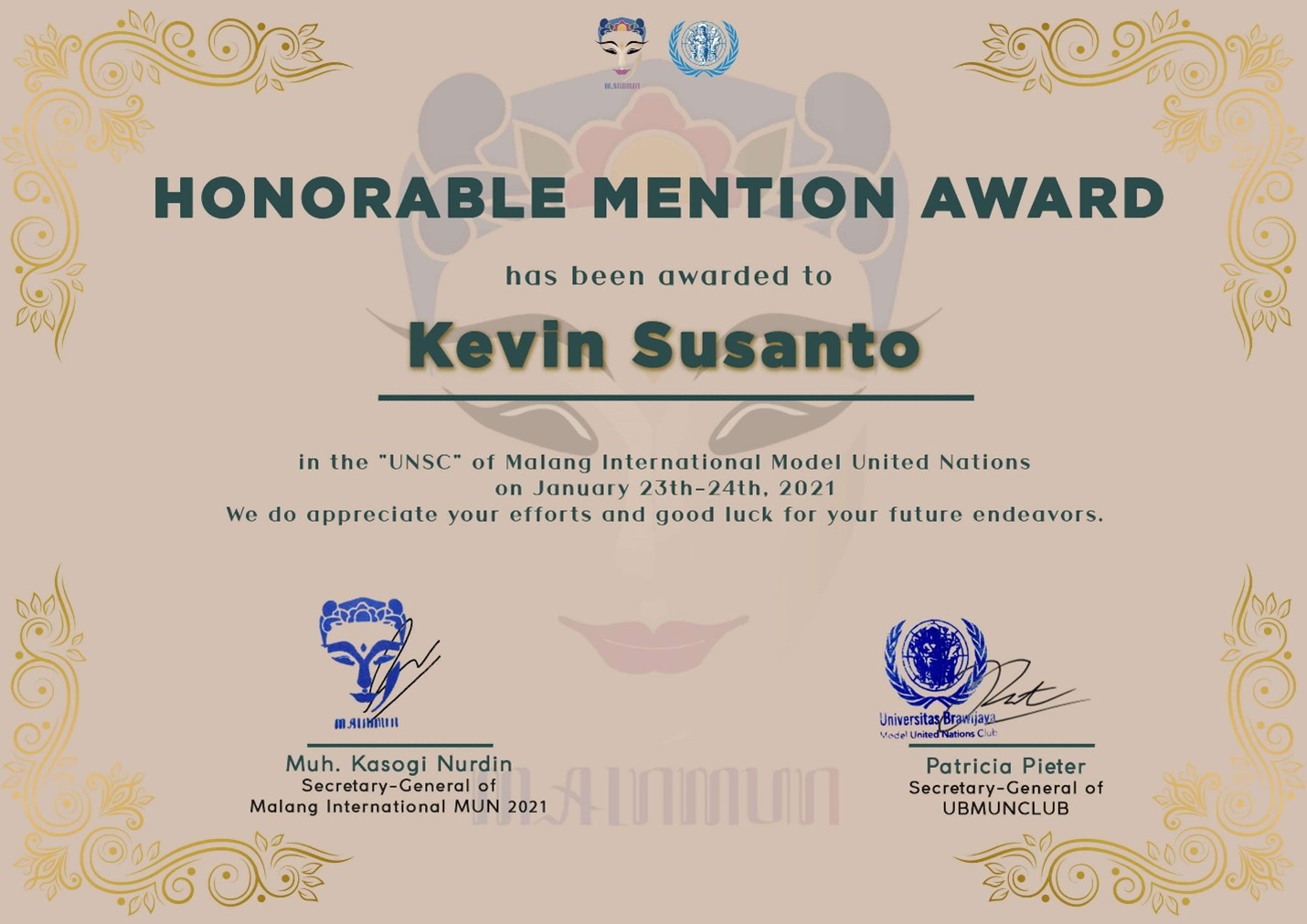 Both student and his partner, as one of the BODs also highlights, fatally to accept the proposal that renounces the Treaty of Guarantee. He argues that it’ll cause a shift of the balance of power and Cyprus will be overwhelmed by the Turkish military since the proposal also calls the withdrawal of such and also the proposal reflects the interest of both Russian Federation and China, yet it also doesn’t parallel with the interest of Cyprus in reality. He also suggests that if the maneuver being chosen is previously mentioned above, then it’ll be a wiser maneuver for both student and his partner to establish a special political mission/independent commission with a robust framework in response to the withdrawal of NATO from Cyprus and rearmament of Cyprus so that Cyprus is able to buy time to deter the Turks. To conclude the assessment, he also calls both student and his partner to pay attention the detail of the clause meticulously next time as every single clause in the UN Security Council may lead into a war.

[1] Refers to the author, Kevin Susanto

[2] Student’s partner is a non-BINUSIAN

[4] The formal name of the judges/chairs.