Big data obtained from social media can be used to analyze various issues that are currently being discussed by the public, both at home and abroad. Big data from social media can also be used by students and lecturers of International Relations (IR) to examine the digital diplomacy performance of a country or a leader. 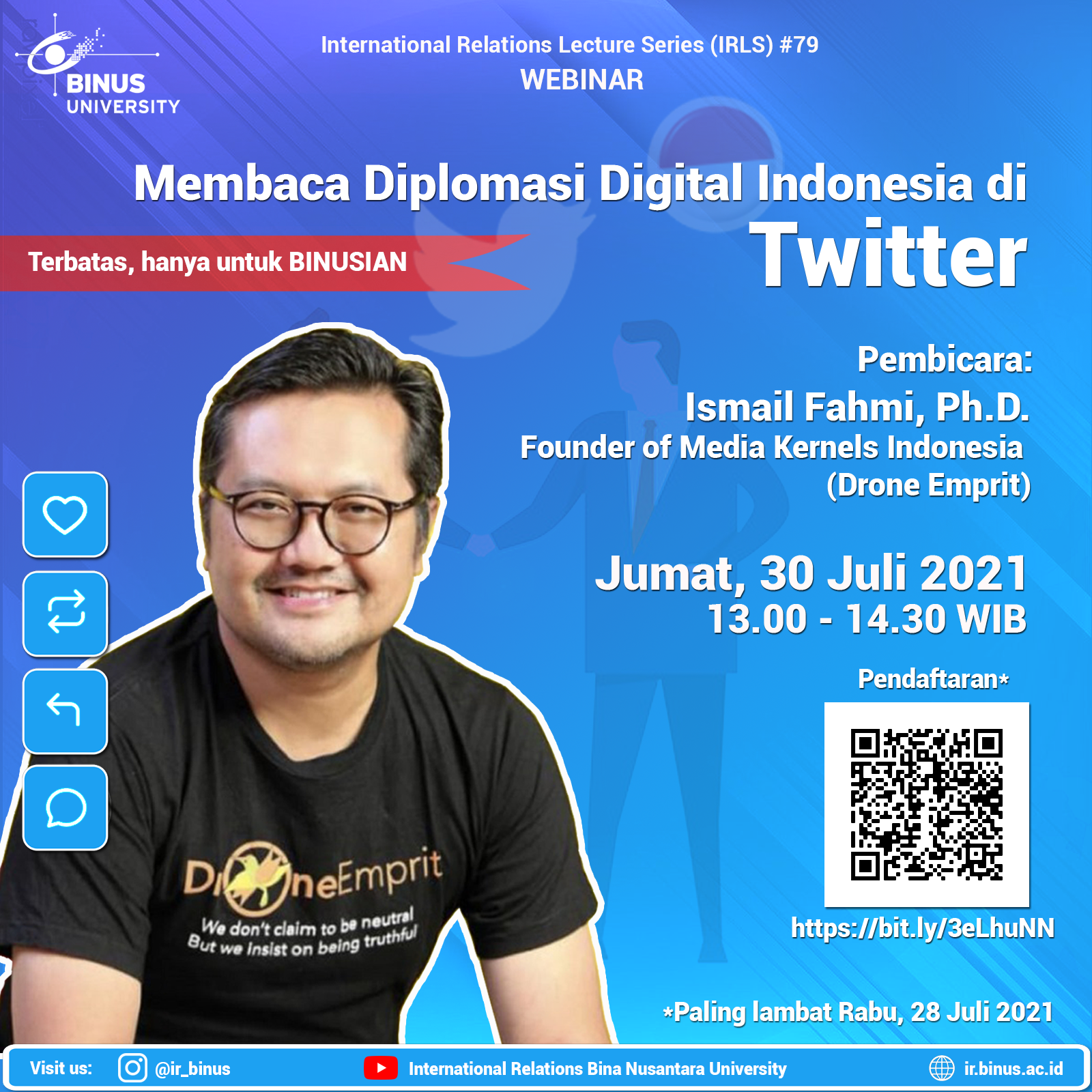 The chronic conflict in Syria was discussed using Twitter in Indonesia with an emphasis on the narrative of the dispute between Shia vs. Sunnis. This narrative flow was imported from abroad and the analysis of social networks (SNA) suggests that the discussion is far from the main vortex of discussing the conflict in Aleppo.

From the example of a conversation about West Papua, Dr. Ismail Fahmi points out that the development of opinions, information on operations, and influence is now mostly done through social media by various countries. “We need to read about operations that may be deliberately made by various parties to influence the interests of the country both at home and abroad,” he said.

Furthermore, the alumni of ITB and the University of Groningen (Netherlands) mentioned that the development of international opinion on the West Papua issue on social media was won by those who were pro-Free West Papua, because it was supported by figures and languages ​​with international reach (English). 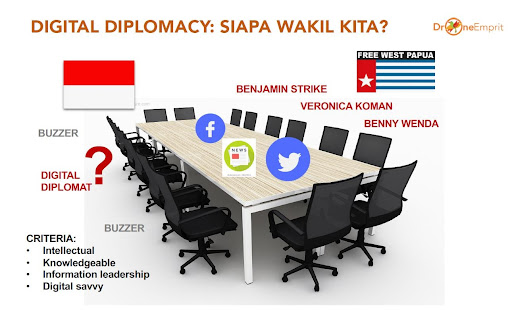 The lack of narratives and conversations that are intensified to support Indonesia’s position on the West Papua issue has become a criticism conveyed by Dr. Ismail Fahmi towards the International Relations community in the country. “(Indonesia) needs to have “digital diplomats” to carry out digital diplomacy in online media and social media, from people who understand international issues, not rely on buzzers and bots,” he said.

Specifically evaluating Indonesia’s performance in digital diplomacy on Twitter, Dr. Ismail Fahmi reminded the Indonesian government not to manipulate narratives using bots (computer robots) because it is easy to detect. If this is done on behalf of Indonesia for international issues, then debunking by an international OSINT group, such as Bellingcat, will tarnish Indonesia’s good name.

Indonesia’s digital diplomacy must be carried out naturally, and enlivened by accounts that are owned by real individuals or not robots. That’s why, said Dr. Ismail Fahmi, researchers, students, and observers of International Relations need to be involved as “digital diplomats” who represent Indonesia in conversations related to international issues on social media.

Monitoring of the social network analysis (SNA) Twitter accounts of the Ministry of Foreign Affairs (Kemlu) and the Minister of Foreign Affairs (Menlu) for one month between June-July 2021 shows the lack of interaction (retweets and mentions) with a wider and bigger circles (see picture below). More interaction was actually achieved by an account belonging to politician Alvin Lie whose tweet was retweeted more than 1,300 times. 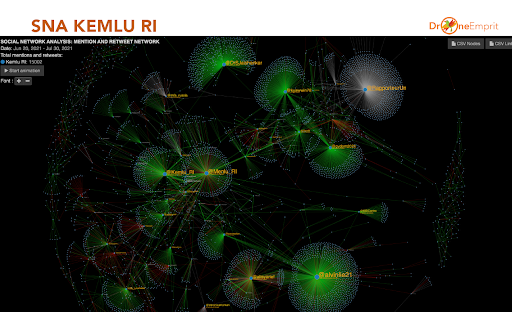 This webinar is a capacity building program organized by the Department of International Relations and is part of the ongoing digital transformation at Bina Nusantara University (BINUS). This self-development program aims to increase the capacity of faculty members and students in maximizing research potential by utilizing big data. This capacity building program is planned to consist of 4 webinars presenting practitioners, academics, and representatives of social media companies. 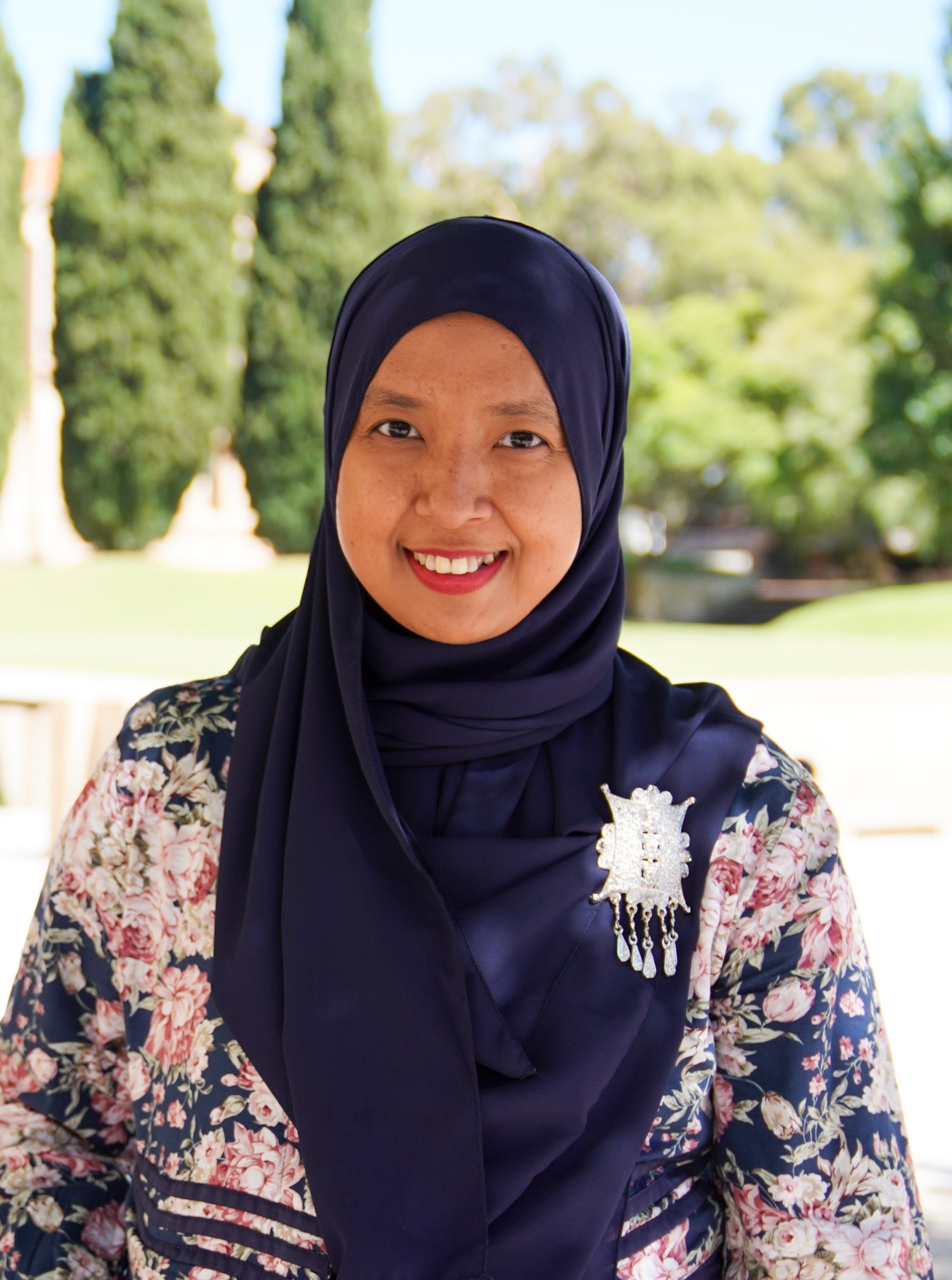