Agus for Governor: Military Comeback, or…? 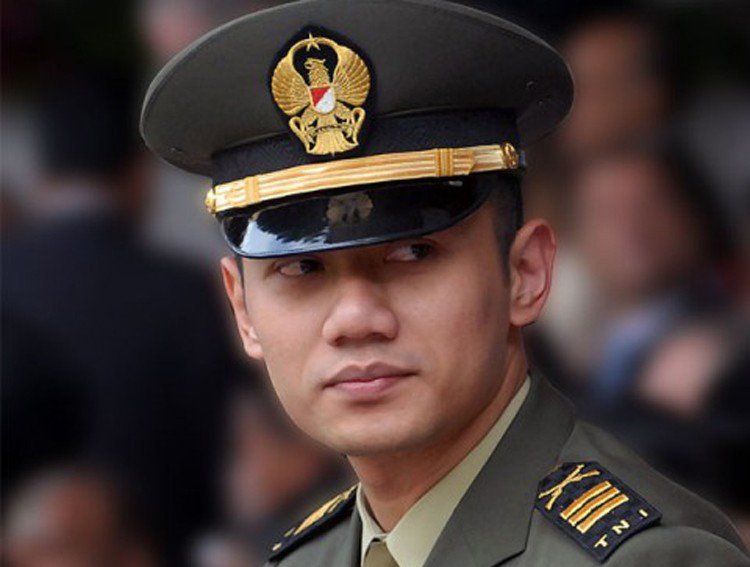 One of the Faculty Members of the Department of International Relations at Bina Nusantara University, Tangguh Chairil, published an opinion article titled “Agus for Governor: Military Comeback, or…?”. The article is as follows.

Agus for Governor: Military Comeback, or…?

Agus Harimurti Yudhoyono, an infantry major in the Army and first son of ex-president Susilo Bambang Yudhoyono, has joined the race for the Jakarta gubernatorial seat. He will face incumbent governor Basuki “Ahok” Tjahaja Purnama and the ex-minister of education and culture, Anies Baswedan.

Among the candidates, Agus’ nomination is the most surprising. He had not even been named in opinion polls before he registered for the election. His military background has also generated negative sentiment, with some suggesting his candidacy represents the military’s comeback to social and political affairs, an echo of the past dwifungsi (dual function) doctrine during the New Order era.

Agus is not alone. There are other former military men participating in local elections all over the country. In Poso, Central Sulawesi, Marine Corps Lt. Col. Darmin Sigilipu just lost the 2015 regent election. In Merangin, Jambi, Try Herman Efendi has declared his candidacy in the 2018 regent election. In South Sulawesi, Maj. Gen. (ret) Andi Tanribali Lamo and Navy Col. Abdul Rivai Ras have announced their bid for the 2018 gubernatorial election.

Concern over a military comeback may have been fueled by some lawmakers, who proposed a revision of Law No. 8/2015 on regional elections, which, if realized, would no longer require candidates from the military or police force to quit before they contest elections. The move faltered as the revision was deemed contradictory to Law No. 34/2004 on the Indonesian Military (TNI).

Another reason may have been a statement by TNI commander Gen. Gatot Nurmantyo, who wishes to see soldiers exercise their right to vote someday.

Agus’ candidacy, as well as that of other former military men, will not be narrowly viewed as representation of the military’s return to public service. Like Agus, they have to retire before registering for the contest. Besides, the TNI has declared neutrality in elections.

The candidacies of men with military backgrounds shall be perceived in terms of the constraints that the TNI places on their career paths. In Kompas on Aug. 16, Evan A. Laksmana wrote about Centre for Strategic and International Studies (CSIS) research on the pattern of TNI officer transfers, which found stagnancy in officer promotions from 2005-2015 and a lack of transparency in the TNI’s personnel policy.

Indeed, there have been a large number of TNI transfers recently. In August, the TNI transferred 43 generals and in September, 45 more.

Most of them were horizontal transfers, where a position was reassigned to another officer of equal rank or a graduate of the same military academy.

When the government remains unable to fully guarantee soldiers’ welfare, a personnel-heavy TNI posture is unwarranted. Personnel expenditure has taken the largest share of the defense budget for many years — approximately 40-45 percent — leaving very little for the greatly required military modernization to achieve the Minimum Essential Force by 2024.

Highlighting the clash between personnel and modernization expenditures, recently Defense Minister Ryamizard Ryacudu said the government would cut defense equipment purchases and committed the budget to the needs of TNI personnel in border areas. Under the Yudhoyono administration, personnel growth was curbed to zero in order to increase the budget for defense system modernization.

The personnel-heavy approach also clashes with the decreasing number of strategic positions within the TNI in the Reformation era, which restricts the TNI from taking social and political offices. The need to accommodate the large number of personnel within the few positions available has led the TNI to adding new military appointments, transferring personnel to agencies that are supposed to be civilian in nature (e.g. Coordinating Ministry for Political, Legal and Security Affairs, State Intelligence Agency [BIN], National Search and Rescue Agency [Basarnas], Maritime Security Coordinating Board [Bakorkamla], State Secretariat), or extending territorial command.

Other problems in the TNI personnel policy — a lack of institutionalization, professionalism and transparency — have a negative impact on TNI organizational unity. In the midst of these organizational constraints, a military career now is not as promising as it used to be. Unsurprisingly, many TNI personnel now look for other career options outside the military domain: local government positions, only now they compete for those positions not under the privilege of dwifungsi.