Explainer: What are Chemical Weapons and How Do Soldiers Guard Against Them? 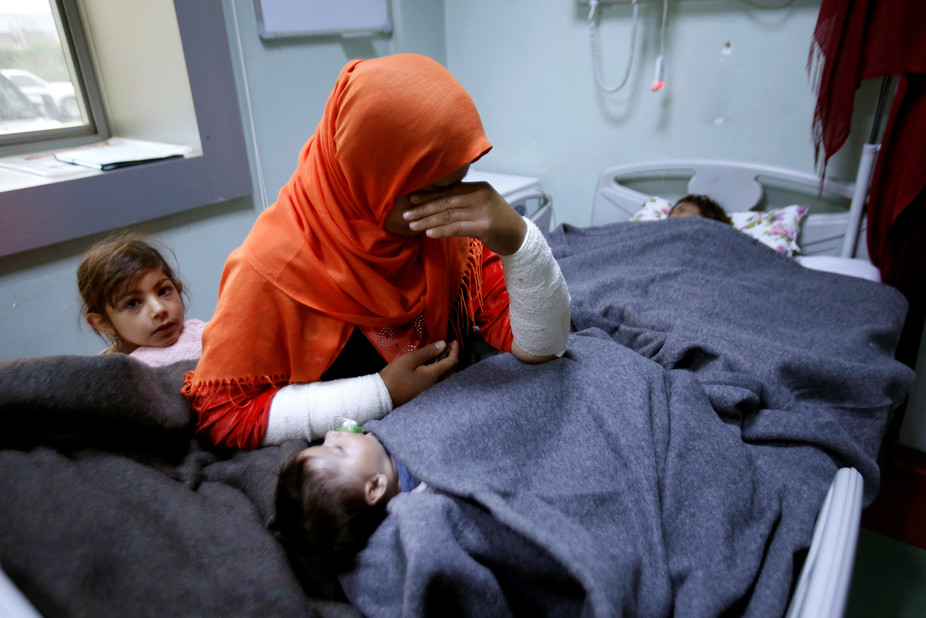 One of the Faculty Members of the Department of International Relations at Bina Nusantara University, Mutti Anggitta, published an article titled “Explainer: What are Chemical Weapons and How Do Soldiers Guard Against Them?”. The article is as follows.

Explainer: What are Chemical Weapons and How Do Soldiers Guard Against Them?

Chemical weapons, lethal poison that can be disseminated as gases, aerosols or liquids, are commonly included in the classification of weapons of mass destruction. Like nuclear and biological weapons, the impact of chemical weapons can widen indiscriminately and uncontrollably, making entire troops or civilians vulnerable to them.

The characteristics of these poisons also make them weapons of terror. They do not only injure the body. The threat of chemical weapons harms the minds of soldiers and civilians.

There are four types of chemical agents:

Choking agents, such as chlorine and phosgene gas, damage the lungs and fill them with fluid.

Blood agents, such as hydrogen cyanide and cyanogens chloride gas, are potent and fast-acting poisons. They prevent cells from utilising oxygen, which stops vital organs from working properly. They can also attack enzymes, preventing the synthesis of molecules used as a source of energy by the body, causing vomiting, dizziness, unconsciousness and death.

Blister agents, such as sulfur mustard (known as mustard gas) and lewisite gas, burn and damage the skin, the inside of the lungs and other tissues of the body.

Nerve agents, divided into two groups: V-series agents and G-series agents. VX, the most infamous V-series agent, is the most lethal poison that enters the body through contact with the skin. The “V” stands for venomous. Other V-series agents include VE, VM, VG and V-gas. Unfortunately, detailed information about their characteristics is not widely available in the open literature. Meanwhile, G-series agents, first discovered by German scientists, such as soman (GD), sarin (GB) and tabun (GA) gases, mostly cause death through inhalation. Both groups of nerve agents disable vital enzymes in the nervous system, resulting in loss of voluntary control, seizures and death by respiratory paralysis. Even in low concentration, they could injure soldiers or civilians by causing shortness of breath and visual impairment.

The use of VX agent as poison was widely discussed after the murder of Kim Jong-nam, the half-brother of North Korean leader Kim Jong-un on February 13 in Malaysia. Malaysian authorities reported that he was poisoned with the nerve agent.

The Red Cross also recently announced that civilians in Mosul, Iraq, have been exposed to blister agents amid fighting between Islamic State fighters and US-backed Iraqi forces.

Most of these four types of agents are invisible, tasteless, odourless, silent and insidious. Nonetheless, some chemical agents have typical odours, which soldiers and civilians could be trained to recognise.

Chemical weapons, especially in the form of gas, seem the most frightening for soldiers and civilians, because there is yet to be a way to fight back chemical clouds.

In March 1995, a sarin attack carried out on the Tokyo Subway by the Aum Shinrikyo cult killed 12 people, injured more than 1,000 and more than 5,000 people that sought treatment.

The Geneva Protocol, which was signed in 1925, prohibits the use of chemical weapons, but these weapons have been used in wars since.

Soldiers could only wait for the gas or clouds to move away from them when exposed to chemical clouds and hope that their gas masks and respirators worked properly. Soldiers sometimes develop “gas mask phobia”, or a feeling of claustrophobia, when wearing protective masks.

Additionally, when soldiers are unable to avoid the anxious situation, they can become nervous, panicked, irrational and depersonalised, or experience changes in self-awareness and are likely to feel detached from themselves. For instance, they can take off their gas masks or run without regard for anything. These are common symptoms experienced by veterans and civilians with Post-Traumatic Stress Disorder (PTSD).

Chemical weapons can terrorise soldiers’ minds too. Soldiers can feel a heightened sense of stress and fear of chemical threats when seeing artillery, aircraft, ballistic missiles or other weapons systems that can be used to deliver chemical agents.

International export controls regulate the selling of equipment used for for large-scale production of chemical weapons. This makes it rather difficult to acquire materials to produce such weapons.

However, the technology to manufacture most chemical agents is widely published in open literature. The equipment to create small-scale chemical weapons can be bought from chemical distributors.

In warfare, such as in the 1991 Gulf War, US troops protect themselves against chemical weapons with gear such as gas masks, helmet covers, rubber gloves, battledress over-garment (BDO), hoods and over-boots.

The BDO is a suit (coat and trousers) made of an inner layer of charcoal-impregnated polyurethane foam, which absorbs and traps chemical agents, and an outer layer of cotton with camouflage markings. Despite its good protection, wearing BDOs for more than a short time weakens fighting capability considerably.

Moreover, BDOs and hoods cause body heat to rise rapidly, which then increases the risk of heat stroke and great exhaustion in the desert. The rubber gloves limit troops’ sense of touch and ability to conduct delicate manipulations. The gas masks also reduce troops’ capability to speak, hear and see. For some soldiers, gas masks can cause severe claustrophobia (extreme fear of confined places).

Although the gas masks with respirators protected the respiratory tract and eyes of the troops against chemical attacks, mustard gas was still able to burn and blister even through clothing.

Applying protective cream on soldiers’ skin before an attack also proved to be ineffective since it did not give sustained protection. The US mobile bathing units to decontaminate its soldiers also seemed inefficient because the units were low in quantity, yet very heavy.

Another defence effort against chemical attacks was a portable battlefield detection system. Because many chemical agents are odourless, troops needed an automatic detector and alarm system to give them advance warning so that they can put on their gas masks in time.

Nevertheless, the detector had several major weaknesses. It did not work at temperatures below freezing, it could run out of battery, and it needed frequent maintenance.

In conclusion, since they had no decisive impact on the outcome of wars, yet had a powerful psychological impact on soldiers and civilians, chemical weapons are more weapons of terror than weapons of mass destruction.